We received some samples of knives to be reviewed from Kershaw the other day. To say the least, we were a little bit surprised when we saw them. In our package, we got a Kershaw Leek, Thermite, and Cryo II, but something was definitely off about the way they looked. Quickly realizing that all the knives we received were not flippers (which they of course are on the market), we emailed Kershaw to enquire about whether we’d gotten a botch shipment.

They responded that we did receive the right knives, and that these were the new models of the Kershaw Leek, Thermite, and Cryo II that would be released in the upcoming months. Apparently, the staff at Kershaw felt strongly about taking a new direction with the company in the upcoming years. They wanted to change direction specifically with regards to their product line and the types of knives that would be offered in the future. Kershaw notified us that they’re gong to be stopping production on flippers, and cutting them out of their product line. 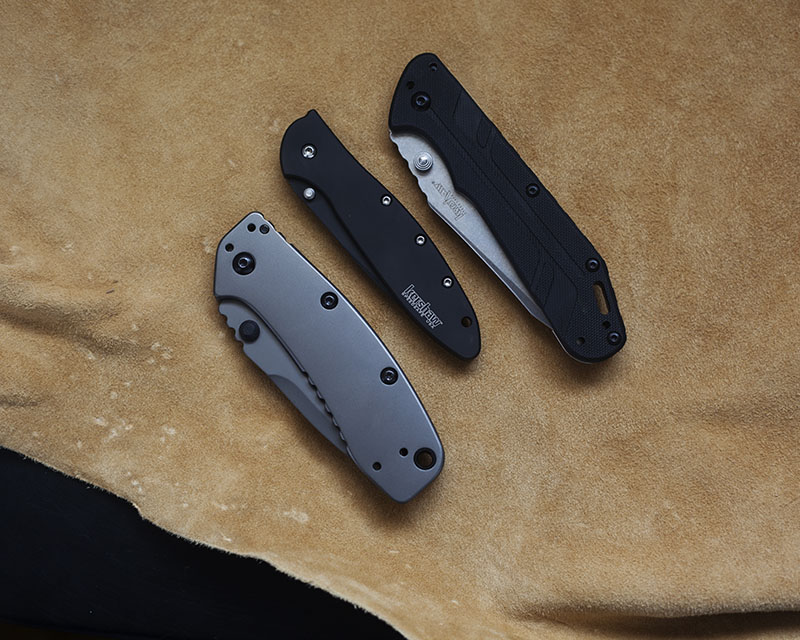 Supposedly there was some discussion, after which they decided it would be best if they re-released a number of the knives in their current lineup in non-flipper versions, due in part to the massive popularity of these knives. The Leek, Thermite, and the Cryo II all made the cut, which is why they sent these new versions our way for us to review.

I know a lot of you are going to be disappointed by this news; it’s certainly not something we expected and I know a lot of you like the fact that Kershaw offers quite a few flippers. It’s why we wanted to give you the heads up about this change before we did any of the reviews for the knives we got.

Not sure if Kershaw will change their minds about this. They seemed pretty adamant, but if it’s any comfort, these non-flipper samples we got are just as good as the original versions. We reviewed the flipper/assisted open version of the Kershaw Cryo II before, so we have a good comparison point. Quality certainly remains top notch, as is custom of Kershaw knives.

Anyway, keep your eye out for the individual reviews in the future. We’ll get those up as soon as possible!