For those of you who need to be caught up to speed – over the past couple of months, History Channel’s been releasing episodes of the first season of their new survival TV show, Alone. Now I tell you, it was a stroke of sheer luck that we discovered this TV show as soon as we did. We’d just recently launched Survival Threads, our community forum, when a new user took to the forum to discuss History’s Alone. The show sounded great, but being not altogether impressed by the many survival TV shows that were already on air, I slacked off a little before catching up with the first episode I’d missed.

Bad decision – which I soon rectified by becoming altogether obsessed with the show (so much so that I spent a number of hours trying to track down the specific items each of the 10 contestants took with them). You guys, I’m not kidding, if you missed the first season, do yourself a favour and binge-watch this show! History’s even got it up so you can stream it directly from their website!

Now, for those of you who have been following along with us, you’ll probably know that the finale for season 1 airs tomorrow! There’s two contestants left: Alan and Sam, and honestly, I feel like it’s a toss up between these two guys. Not going to lie, been rooting for Alan from the start, but Sam has grown on me to an absurd degree. So when Mitch and Lucas dropped out last episode, it was a shame for sure, but I daresay it makes no difference to me who wins now, as both Alan and Sam are damn great contestants.

Anyhow, I was contacted by a representative of the show and given the insanely cool opportunity to grab an interview with the remaining two contestants (tried to get these interview questions answered by Mitch and Lucas as well but they seem to be MIA!). So I took to the threads again to ask what kinds of things you guys would ask had you gotten a chance. I narrowed the suggestions down to 11 questions, and sent them off to be answered… 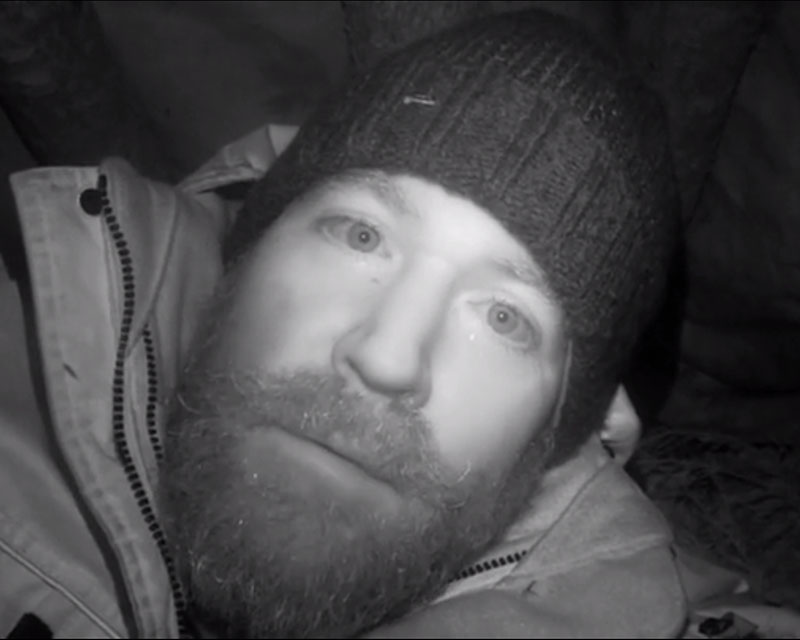 1. How long did you think you could last just before you got dropped off VS two weeks in?
I had no idea at either time.  There were so many unknown variables.  I was just taking it one day at a time.

2. What did you eat while you were out in the wilderness? This isn’t shown much on the show, so we’d love to know!
I had a multifaceted diet.  During my stay on the island I ate various species of fish, mussels, limpets, bull kelp, bladder wrack, sea lettuce, crabs, slugs, the inner bark and needles of the western hemlock tree, and ducks.

3. Do you know how to make cordage? Was it possible to do so/did you make any (off-camera?) What did you use it for?
In my area in the southeastern US, I make cordage from yucca and from the inner bark of the tulip poplar.  I did not need to make cordage while on the island.  As luck would have it, I found a section of mooring line that washed up on shore and that met all of my needs.

4. Did you try to make a hard-wall shelter?
I made a lean-to using a blown-down tree as my base; the tree was six feet tall on its side.  The poles that I cut were between six and eight inches in diameter, and I placed these side by side in typical lean-to fashion.  Upon those poles, I then layered at least four courses of thatch, shingling them from bottom to top, allowing them to shed water as you would with modern shingles.

5. What kinds of stuff did you find washed up on the beach that proved useful?
In my area, I found lots of rope, bits of netting, glass and plastic bottles in tact with lids. I even found some tubing and a yellow hard hat, which I used to carry gravel from the seashore to line my fire pit..

6. There was so much behind the scenes that was not shown in the episodes of Alone. Anything you wish made it to the final cut?
I would love to have seen some footage of the First Nations People and the beautiful welcoming ceremony they performed for us.

7. Would you change any of the 10 items you selected based on what you experienced?
No.  Overall, I was happy with my kit and gear choices.  In retrospect, I would have taken boots and a sleeping bag with better insulation.

8. Would you have done anything else differently knowing what you do now?
I would have trapped in the woods more, not just in the intertidal zone.  I also wish I had dug clams.

9. What were your most recurring thoughts while out there?
My thoughts were of family and food — not the food I had on the island, but ‘normal’ food that was out of reach, such as peanut butter and German chocolate cake.

10. What thoughts kept you in the game?
From the beginning, I was determined to push myself to my absolute limits.  I had made up my mind to keep going until I just could not do it any more.

11. What was your best and worst memory from the experience?
Best:  The raw, real experience of living as a man on Earth.  I felt connected to all creation and to the Creator.  There were times of such absolute peace; words really cannot describe it.

Worst:  The cold.  The omnipresent, piercing, inescapable cold.  I found myself looking at my hands and feeling that they were not really connected to my body.  They were numb and foreign to me. 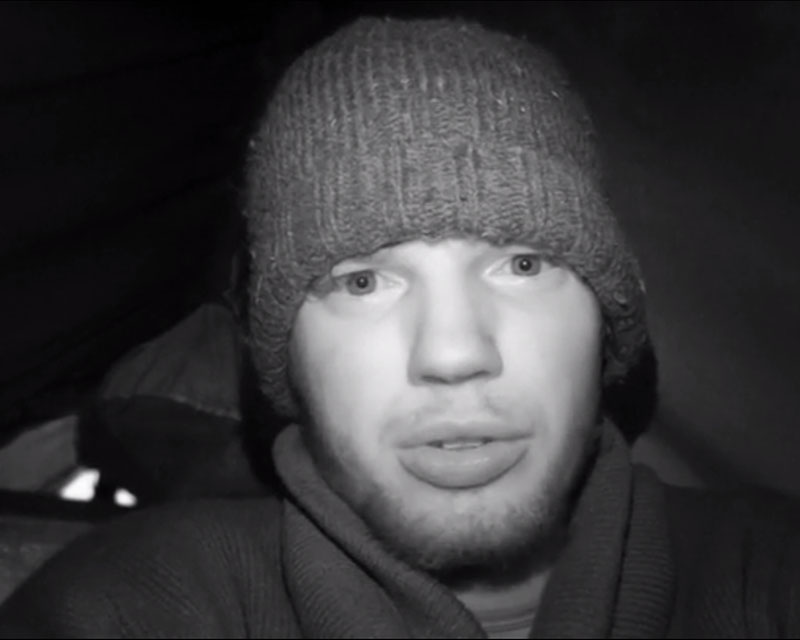 1. How long did you think you could last just before you got dropped off VS two weeks in.
I had no clue. I knew that I wanted to do my best, but I wasn’t sure how long “my best” would be. I guess we will see! I took everything one step at a time and tried to keep a level head. I tried to make even the smallest accomplishments seem huge, just to keep my spirits up. It worked pretty well.

2. What did you eat while you were out in the wilderness? This isn’t shown much on the show, so we’d love to know!
I lived mostly off of crabs. I got sick of crabs after a while and started adding mice for some variety. The mice tasted great after not having red meat for a few weeks.

3. Do you know how to make cordage? Was it possible to do so/did you make any (off-camera?) What did you use it for?
I was going to use spruce root for cordage, but I found a bunch of cordage on the shore. There was more than I could ever use, so it was awesome!

4. Did you try to make a hard-wall shelter?
Nope. My shelter was pretty warm and dry as is. It also stood up to those high winds pretty well. I’ll admit it looked a bit wimpy, but it did well!

5. What kinds of stuff did you find washed up on the beach that proved useful?
I found an awesome retro looking float that I used as a stool.

6. There was so much behind the scenes that was not shown in the episodes of Alone. Anything you wish made it to the final cut?
There are a lot of things that I wish would have made the cut. I went on a multi-day fishing trip where I walked about a mile up river to catch the spawning salmon. I found them, got one, and lived off of it for a few days. I remember being so proud of that salmon, and the effort I made to get it. Lots of other things as well, but the fishing trip was the big thing.

7. Would you change any of the 10 items you selected based on what you experienced?
I would change most of it actually. It would definitely have been nice to have a gill net. Wire would have been a great item as well!

8. Would you have done anything else differently knowing what you do now?
Oh yea! I would have done most things differently. I consider this whole thing a learning experience. I would have definitely made camp in the woods though, instead of the open area. There was about 100 meters of thick brush (nearly impossible to walk through) separating me from the forest, so I was intimidated at the thought of going through it every time I needed to get to the ocean. There was better firewood and better shelter building materials in the forest, which would have been worth it. As you can see in some of the footage from “After the Rescue” I did go to the forest quite a bit for hunting, but I spent a lot of time near the ocean.

9. What were your most recurring thoughts while out there?
Well, I usually drink a pot of coffee per day, so common thoughts were: Dang I could use some coffee… I wish I had coffee… This pine needle tea isn’t as satisfying as coffee… I’m never going another day without coffee…

10. What thoughts kept you in the game?
My goal was to push my personal limits. I wanted to go until I didn’t have anything left to give. The thought of how I would feel once I left the island was a good one too. I pictured how rewarding that first big old steak would be if I knew I had done my very best.

11. What was your best and worst memory from the experience?
Best memory would have to be setting up and catching the mouse traps. It didn’t yield much food, but it was more of a hobby. I was able to improve my techniques over time and test my traps against a very tough animal to capture. Worst experience is the prolonged time away from home. I was never “lonely” but I was usually very homesick. 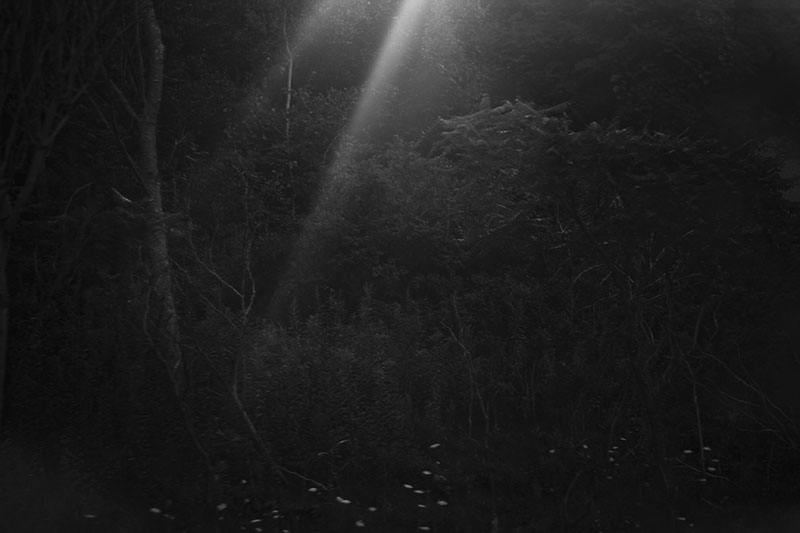 What do you guys think of their responses? Is there anything else you wish I’d asked?

And what I’d like to know most of all:

Who do you think won?