I previously wrote an article about the dangers of drinking seawater in survival situations. If you haven’t read that article, you can go ahead and read it over now, or read the crux of the article here:

When you drink salty water, from the sea or the ocean, you’re putting both salt and water into your system. The problem is that the amount of water you take in is nowhere near the amount you’ll need to expel the salt, and if you keep drinking the seawater, you’ll keep adding to the amount of salt you need to get out of your body. When you drink water from the sea or ocean, your body needs more water to get rid of the salt than it’s getting out of the seawater itself. Essentially, when you drink seawater, you’re dehydrating yourself.

So as I was saying in the previous article, water + salt = dehydration.

I’ve seen it suggested on a few different websites that you actually can drink small amounts of sea water in survival situations, and that it will save you from dehydrating if you only take small sips here or there. One such website (the link is here if you want to read the whole article) states:

Should you find yourself at high sea and it’s been a few days since it last rained, it would be possible to drink small doses of seawater, just one spoon of seawater at 20 minute intervals, drinking very slowly and letting the saliva in your mouth reduce the saline in the water you have swallowed. A man named Alain Bombard demonstrated this a few decades ago in an experiment called “Voluntary Castaway.”

Well I’ve taken the time to look up this “Alain Bombard” fellow, and even very surface research gives me a good understanding of why such a statement should not be believed. Quoting Wikipedia’s article about him:

[Bombard] theorized that a human being could very well survive the trip across the ocean without provisions and decided to test his theory himself in order to save thousands of lives of people lost at sea. […]

Bombard’s claim was later tested and contested by Hannes Lindemann, a German physician, canoeist and sailing pioneer […] Lindemann wanted to repeat Bombard’s trip […], but found that he needed fresh water (from rain) most days. Lindemann later claimed that Bombard had actually taken along fresh water and consumed it on the ocean, and that he had also been secretly provided further supplies during his voyage.

So you have one man, a biologist yes, but one single solitary man nonetheless, making a claim about how he found it was possible to stay alive on small amounts of ocean water without first purifying it. Then you have another man excitedly trying to prove his experiment right and coming up short. I don’t think that’s reasonable enough evidence that it is possible to survive on salty sea/ocean water at all. It’s far more likely that Bombard fudged his results than that he was correct.

Do yourself a favour. Don’t test out Bombard’s theory if you’re ever lost in the wilderness. Wait for some rain water. Purify what you’ve got. Just don’t drink that salty seawater straight out of the ocean – big or small amounts. 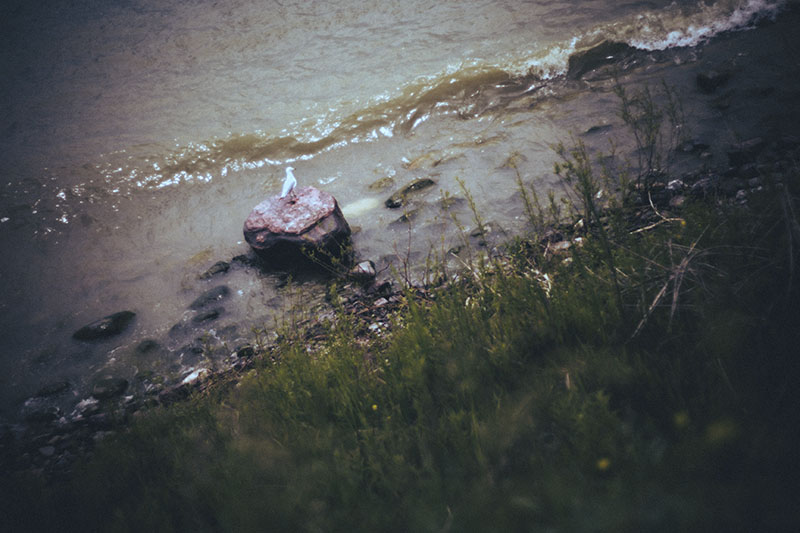 (For those who scrolled down to skip reading the article and just want the consensus, no: you absolutely should not drink even small amounts of seawater in survival situations. Seawater will dehydrate you further, whether you drink small or big amounts.)

So there you have it. A theory at least partially debunked.