As preppers, it’s both to our benefit and detriment that we can at times be quite frugal.

I’d say that on the whole, frugality is much more of a positive thing than a negative thing. It allows us a frame of mind that more often than not helps us to scrimp and save happily, while others who haven’t got a frugal bone in their body will often feel the sacrifice of “having to be cheap” as too constraining and even a little bit painful.

Those who are frugal usually care a lot less about what others think of what they have (many times because they think everyone else is crazy not to be saving!). This in turn means that those who are frugal won’t often be caught buying a bunch of stuff just to “keep up with the Jones'” or look good in the eyes of others – a huge expense (sometimes even the largest!) for those not-so-frugally minded. 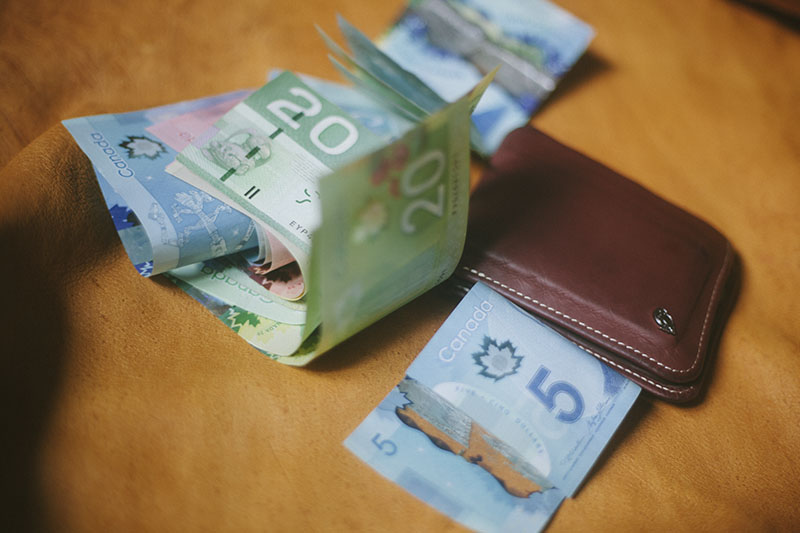 It’s obvious that there’s huge benefit to all of this; that huge benefit often coming in the form of those little green pieces of paper piling up a lot faster in a frugal person’s bank account than in the accounts of those who are less than frugal. Many times this is true even if we the frugal happen to have a smaller income than others do.

Which is fantastic. It’s an incredible boon. You really should be proud of your accomplishments as a frugal prepper if you’ve managed to get yourself further up on the savings ladder than anyone could imagine you getting without your frugal streak.

The only thing you have to watch out for (that pesky little dark side of being frugal…) is those times where being overly frugal ends up backfiring – resulting in your frugal behaviour hurting you a lot more than it’s helping you.

Any hyper-frugal person (like myself!) should be able to be honest with him or herself about their frugality: sometimes there are times in life when we’re just too frugal for the situation. Where we tried our darndest to get a good deal, but as a result, ended up pouring our hard earned dollars into a low-quality item just because it was a heck of a lot cheaper than the alternative. What typically happens here? It’s pretty obvious: the item breaks, gets ruined, and/or just plain ends up needing to be replaced – hence ending up costing us more in the long run than getting one good (yet more expensive!) item would have cost us had we made the right purchase in the first place.

That cheap reno guy you hired whose work needed to be redone? That time you tried to do the electric wiring yourself when had no clue what you were doing (and ended up making matters worse!). Or that time you got the cheapest fencer on the block, but the fence barely last 5 years before it had to be replaced. Yeah – those times, it wasn’t so frugal to be uber-frugal. Frugality backfired, meaning it would’ve been more frugal to not have been so frugal.

These are mostly one-off examples. It’s not every month you need your house fixed or your fence put up. But there are undoubtedly many situations where, like me, you continually repeat the same frugality mistake – where you keep trying to get a good deal but keep ending up costing yourself a lot more for your efforts. 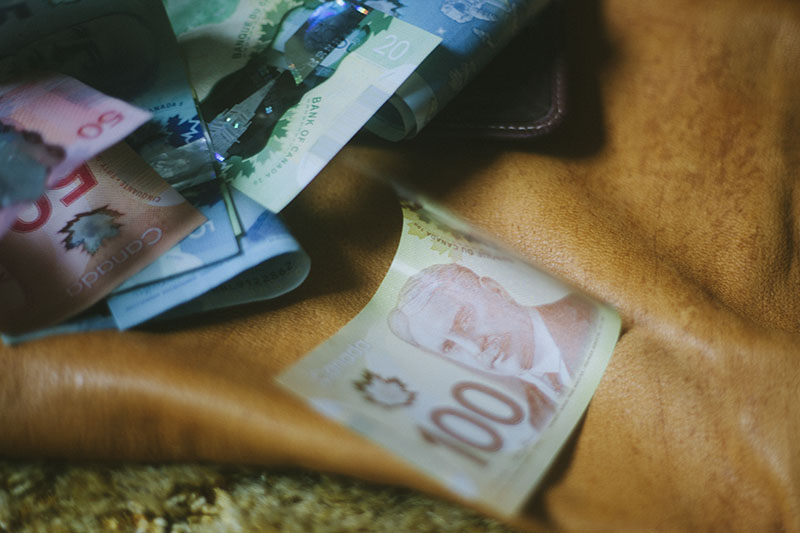 For me, the frugality trap that has snared me the most in the past has come in the form of clothes shopping.

Yes, I used to be one of those clothing shoppers who’d stalk the sales rack to buy medium-quality (at best!) clothes at a serious discount. I’d end up with far too much clothing and never end up wearing many of the pieces I bought. Why? Well, when I purchased them, I was pretty much distracted by the sale price. I never took the time to properly consider whether or not I’d really like wearing the items of clothing I bought and whether they’d last more than a few seasons if I wore them a lot. Yes, I did end up really using some of the pieces I bought, but many I didn’t even touch because they were either uncomfortable, unappealing to me later, or didn’t go with anything I owned. Unfortunately, in the spirit of frugality, I could rarely resist those 50% off end of season sales + an extra 10% off with a membership card on an already cheap item! And I should have. The fact that I may possibly like wearing the pieces I bought was enough for me to make a purchase – and that was a very bad decision that I repeated many times over.

My method of shopping for clothes was most definitely an enormous waste. Especially when I could have put all those dollars toward something quality that I would surely like wearing – something that would last me years and years of good use and would never be crammed into the back of a closet, abandoned because it never quite fit right.

It took me a lot of time to break out of this way of thinking, but I eventually learned my lesson, and it’s a lesson I’m hoping will really stick. I never want to go back to purchasing clothing this way again, though I’m well aware that we all do backslide sometimes, and so I’m likely going to need to kick myself in the pants in order to give myself a reality check with regards to what I’m buying every once in a while.

These types of mistakes are completely forgivable in any frugal prepper’s lifetime. No problem for you to make them – as long as you learn your lesson and don’t continue in your frugality-backfiring ways, you’re all set to go! 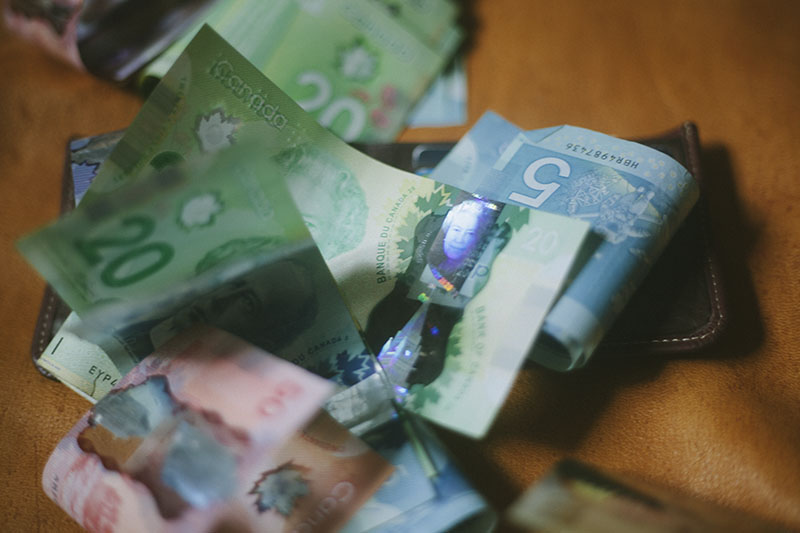 There is one area of life where frugality mistakes can sometimes be way too detrimental to be overlooked, however. Mistakes where – if made – can bring irreversible damage. These are mistakes you should avoid making at all cost.

I’m sure a good number of you have already guessed which area of life I’m talking about – it’s with health. You just shouldn’t go cheap with your health.

Money is valuable. Incredibly valuable. You can do so much with it that it would be insane to deny its value.

Your health, however, is another level of valuable – one you should not be risking low-quality to scrimp savings for. Your vision, your ability to walk, your ability to go through the day feeling energetic and without pain – these things are some of the most important things you could have, and they’re worthy of you investing your top dollar into.

Now, I know some of you are going to argue that buying brand name medicine is pointless, eating organic all the time might not be a worthy investment, that the medical industry is bananas when it comes to the prices it demands sometimes, that health insurance premiums on the high end are a rip off, and life insurance can be a total scam.

These can be fair enough assessments, but I’m not here to argue specifics – or to discuss any of the nitty gritty details right now (though you can definitely throw your 2 cents into the comments if you’ve got some advice for the rest of us!). 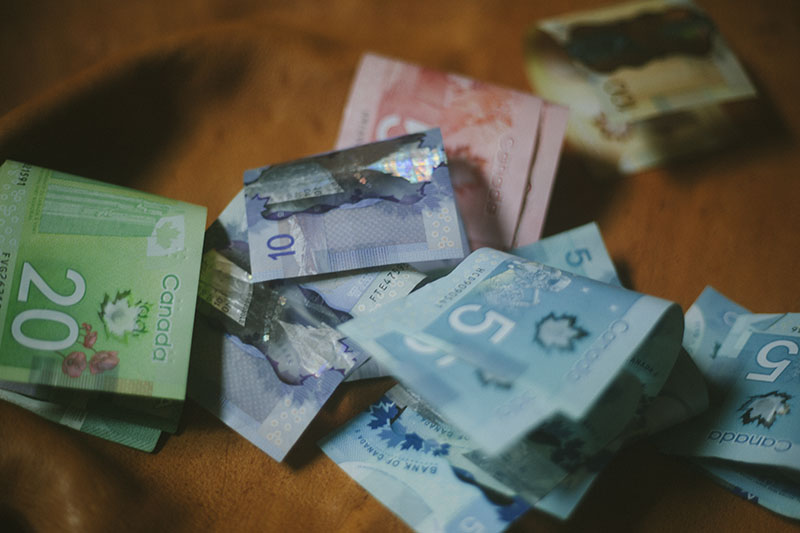 All I want you to take with you today is that, while maybe you shouldn’t be spending every last dollar you have on your health, and while yes, it’s true that not every healthcare-related product is worth the money, do some research in advance and when your health is at stake – try your very best not to take monetary value into consideration, especially when it’s weighted against your well being.

Whether you’re paying for a surgery, medicine, health insurance, a visit at the doctor’s office – whatever it is – be sure that you’re getting the very best for your dollar and that you aren’t putting the future of your health at risk by trying to save a buck.

Make sure not to gamble with your health just for the sake of saving a pretty penny. The gamble is never really worth it. Not when you’re risking your own well being.