When I was 16 or 17,  I was home whilst someone attempted to break in.

The experience ended well for me (not so much for the perp), but I figured it would be interesting to discuss, since enough years have passed and I can look back on the situation critically. Before I get into the meat of this story, I would like to preemptively point out that I had little to no tactical training back when it happened, and frankly didn’t really think about home security very much. 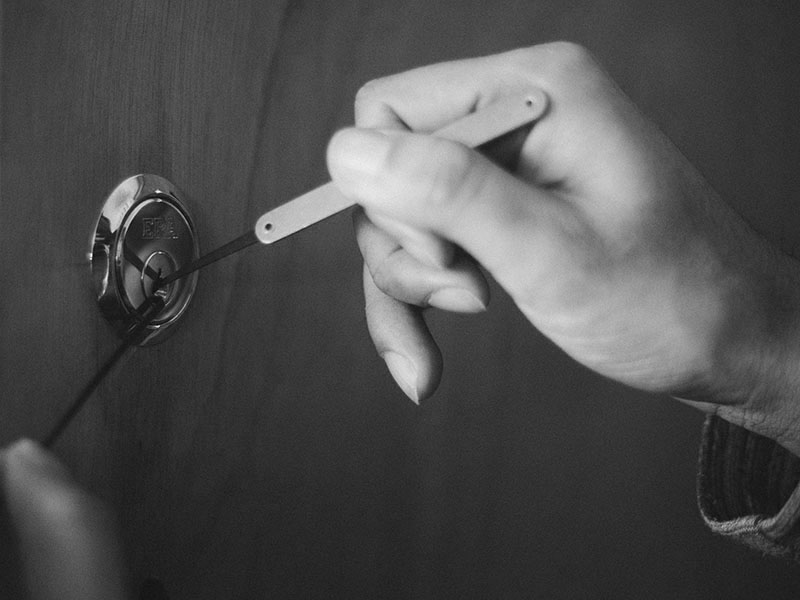 Prior to breaking down my reaction to the threat, let’s discuss the parameters.

My home at the time was my grandmother’s home here in the UK, which is basically a 2 bedroom flat that consists of a top floor of a house (downstairs was one flat, upstairs was another). To get to me you have to open a creaky gate, break down my front door, and climb a long set of stairs. The gate isn’t locked; it faces onto a main street and the front door is plain wood with a very basic Yale lock (not the most secure) and a privacy chain. There’s no secondary door, nothing else to get through once you get through the front door.

Now onto the story. It’s around 4 in the afternoon, I am typing away at my desk much like I am now, and I hear scratching by the door. I ignore it for 1 minute, assuming it’s the postman (in hindsight, I should have remembered the postman already came in the morning), but the scratching becomes more aggressive, and so I decide to take a peek from the top of the stairs. I can see through the privacy glass on the top of the door; it’s this huge bloke. We are talking 6 foot 3+ and all muscle. At this point I figure out he was attempting to lock pick his way in. I sort of freeze.

The strange thing is, I don’t panic or run, but rather just stand there observing him. I’m so unprepared for this event that my mind doesn’t really know how to react – so I sorta just stand there. Staring.

After 10 seconds of standing still and doing nothing, I feel a wave of panic wash over me and retreat to my bedroom. I breath in and out a few times and look around for a weapon. Now some of you reading this are probably thinking… “Bro…Why didn’t you call the cops yet?”

Well, I don’t know. Honestly the thought didn’t even cross my mind. 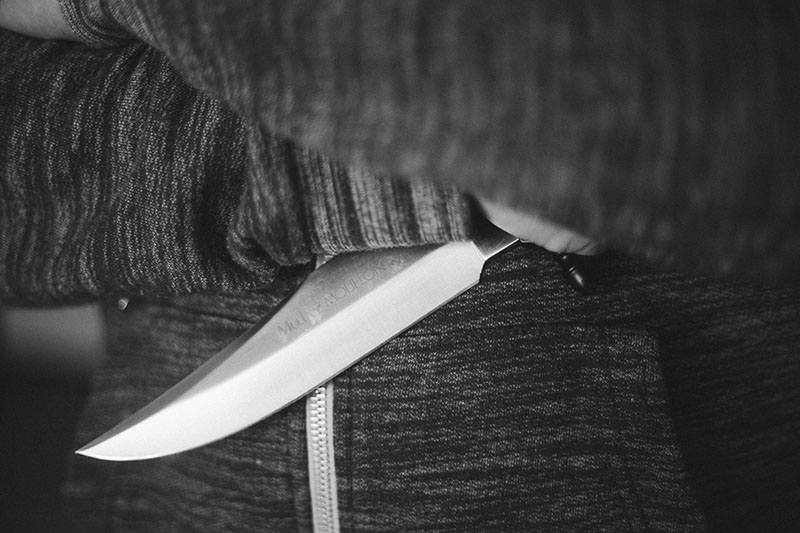 So here I am in my bedroom frantically trying to come up with a plan. I decide to confront this person because I am 17 and invincible (or so 17 year olds tend to think – I for one did), but first I want to be “ready.”

This is the UK so firearms and ranged weapons are not an option, and even in my quasi-panicked state I realized that if this invader made his way into the house, it wouldn’t end well for me. The idea of standing on the top of the stairs with a bowie staring down this moron menacingly just didn’t feel viable, so in my head, the only option I had was to dissuade him from entering the property. Bare in mind that as I am thinking about this, this guy is still picking away at my door; you can imagine my mental state.

Oddly enough, even though I have been a knife nut since I was a kid, I didn’t grab a knife. Instead, the first thing I grabbed (instinctively) was my tomahawk.

I think to this day I would still grab a hawk for home defence if all I had were edged tools. If I got to choose, either the SOG F06P-N FastHawk or the CRKT Chogan T-Hawk. Can’t decide which.

Anyway, I grab the hawk, slip it in my belt loop, put on a pair of Doc Martens, and stomp my way out of my bedroom. Once I reach the top of the stairs, I still see the top of this bloke’s head through the privacy glass and decide to head over to the living room to get a better look at him from the front windows.

The meathead obviously heard me, though instead of running away like I expected, he instead… I shit you not… tries to ram the door down. 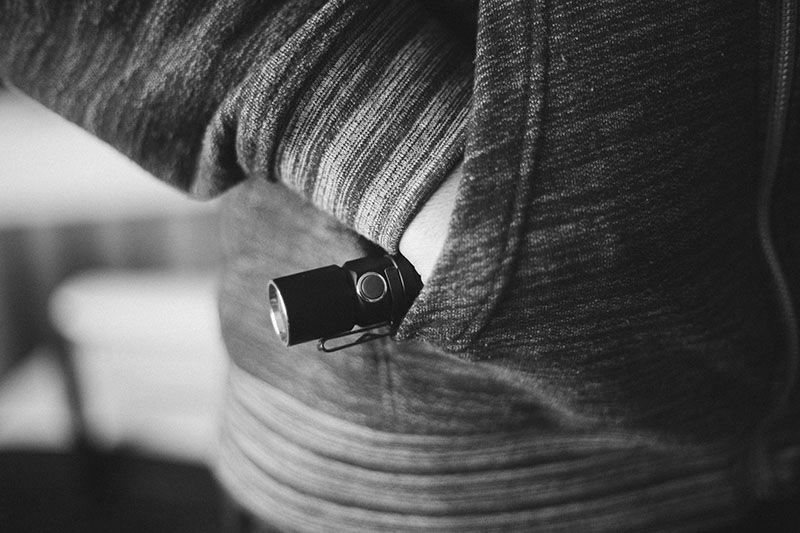 Think about this: house is facing a main road, he has been picking away at the lock for a solid 3 minutes by now and he hears a guy confront him from behind the door…. so he tries to ram it down? Most important lesson I learned that day is that criminals are generally complete idiots.

Back to the story. Meathead is really going at the door, slamming his shoulder in and I can see the frame flexing, so I stomp down the stairs and brace the door.

Here is where it all gets very interesting for me and quite anti-climactic for you, dear reader. At some point, as I am bracing the door and feel this parasite slam his shoulder into it, something inside me just snapped. I felt a sense of fury wash over me to the point that I did something so incredibly stupid that I am surprised I am still here typing this to you today.

I swung the door wide open.

I was so f—-ing pissed that I thought, this guy is gonna get a tomahawk to the face and what did this genius criminal mastermind do when he saw me?

Took one look at me and ran away down the street.

That’s the end of that story folks.

3-6 months later (I don’t recall precisely) the Crown Prosecution Service sent me a letter saying the idiot had been prosecuted. I called 20 minutes after the incident ended – needed some time to calm down. Turns out he robbed quite a few places in the area, but they of course eventually caught him, and he went straight to the slammer (prison). 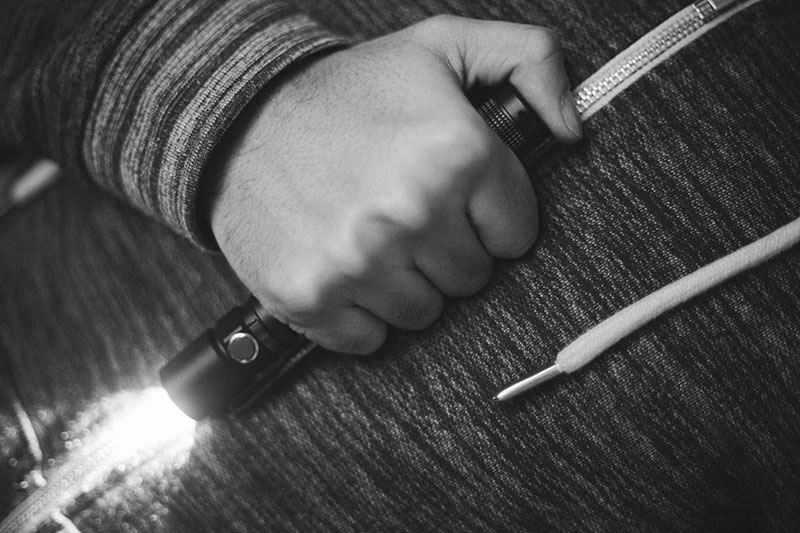 Looking back, things that surprised me about the situation & the way I reacted:

In hindsight, I should have called the police first, shouted out that I knew what he was doing and that the police were on their way, then braced the door.

I would have been fine with little to no risk.

We can anticipate how we will react to stressful events; I’d like to think that I learned from this experience and I would be more cautious if this happened again, but I know myself well enough to know that if someone was trying to break into my home, my gut reaction wouldn’t be to hide out and wait for backup.

When it comes to my family and my home – frankly if you are breaking in: expect war.

At some point, despite pragmatic rationalism, we have to be honest with each other and accept that deep down we are still animals with very basic and very violent core instincts. When you feel like your home is under attack and your family could be in danger it’s very difficult to walk away and be calm. I wager that most people, especially in this day and age of tolerance to the point of stupidity, would argue that in such a situation they would be calm and rational, but straight up – I wouldn’t count on it.

I have learned from this experience. I have 2 front doors now and have both a hawk and a tactical flashlight next to my bed. I 100% would call the cops first and report a robbery in progress, or rather, get Elise to do so, but with the way our current home is laid out, I can open one door and close it behind me whilst forcing a confrontation with the potential assailant without putting my family in danger.

I think when it comes to advice, the best I can do is to say; “Know thyself.” Cheesy I know, but true. Going through life disregarding your own personality when it comes to conflict is frankly silly. I would say that it’s much better to understand how you will react to a stressful, combative situation and plan accordingly for the safety of both yourself and your family. 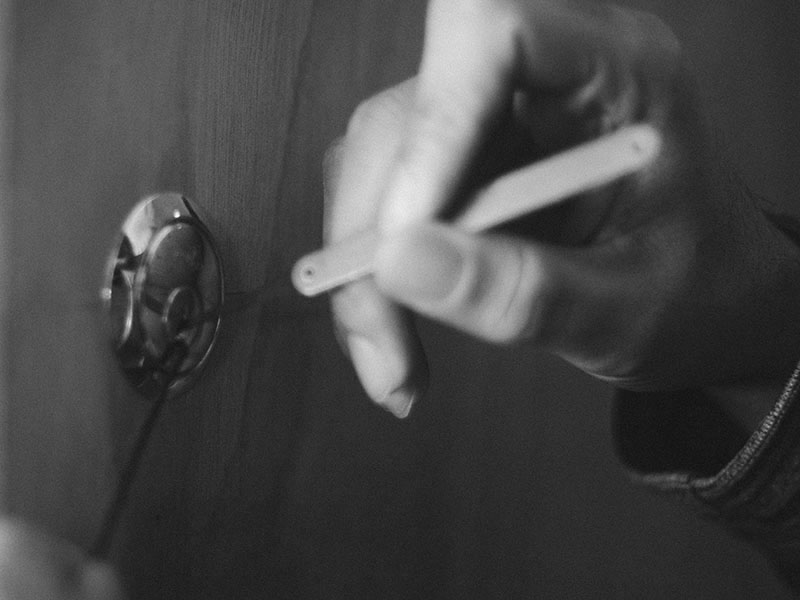 How about you? Please chime in with your own experiences and thoughts on the matter – what would you have done differently?