This past spring, I received a series of questions from an intern over at the CBC, asking me if I’d be able to answer some questions with regards to how effective I felt emergency preparedness kits were for those in Canada. While the article never did seem to get past the research stage, and thus, my responses never eventually resulted in any sort of publication, I figured while they were not used by the CBC, they likely could be of use to those who stumble on over to More Than Just Surviving.

I’ve kept the format of this post to the same questions and answers that I received and replied to from the intern. You’ll be able to tell quite quickly what my thoughts are on the matter… 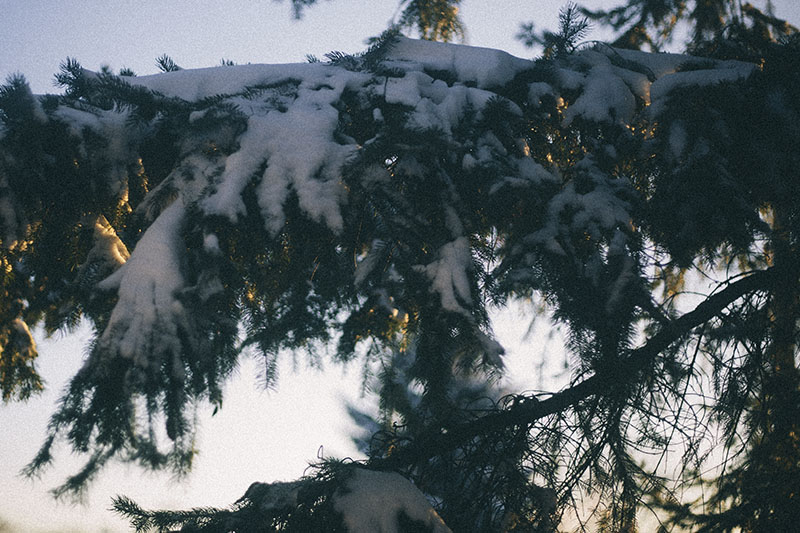 What I Think About Pre-Made Emergency Preparedness Kits

If you could give me some input on the following questions that would be a big help! We are simply doing some basic research on the effectiveness of emergency preparedness kits in Canada.

I’ll start off by saying that we’re not at all fans of pre-made emergency kits in this household for a few reasons.

First off, while yes, there are some decent pre-made emergency kits out there, emergency kits, like anything that’s being sold, have to turnover a profit for the retailers that sell them. Thus, what’s inside you can typically get a hold of/accumulate into a backpack yourself for a fraction of the cost of any pre-made emergency kit. Bang-for-buck nothing on the market will ever be comparable to what you can make yourself with a little time and effort. That’s especially true if you’re looking for quality over quantity.

Second off, every environment brings with it different challenges to survival. If you’re in a desert, you’re going to need a lot more water than a person stuck in a rain forest. If you’re a Canadian stuck in a snowstorm – you’re going to need to keep warm, and not every pre-made survival kit will have enough in it for you to do that, and do it well.

If you’re making your own survival kit from the ground up, you can account for this, packing a lot of wool blankets and sleeping bags to keep yourself cozy in the case that emergency strikes when the weather goes south. If you just buy a pre-made kit and stick it in your car, end up having your car break down in the middle of nowhere, and only have your pre-made survival kit in the trunk,  you’d likely be flat out of luck. Chances are, the kit won’t have nearly enough to keep you warm – and that means you stand the chance of freezing to death.

1. If disaster strikes could I survive for 72 hours using a “quality” pre-made kit.

If disaster strikes you would likely be able to survive 72 hours using only the items found around your home. If you have extra canned food and bottled water stashed away in your cupboards, blankets, warm clothes, and matches or lighters to make fire with, you’ll be able to get by nearly any 72 hour emergency without dropping a penny on an emergency kit.

72 hour survival kits become especially useful if they’re in your car, and if emergencies take place when you’re on the road – that’s when you’re most likely to need them, as other supplies won’t be readily available. So if you have an emergency kit and it’s in your house rather than in the trunk of your car – move it now. You can buy a second one for the house if you feel more comfortable having one there, but it’s much more important to have one in your car.

Could you survive 72 hours off of the contents of a quality pre-made kit alone? Yes, you could. But there are also situations where you might not be able to – like the one I outlined above where you’re stuck in a car and the emergency kit you have didn’t have enough in it to help you stay warm. What a 72 hour kit can help you live through ultimately depends on the kind of emergency that takes place.

2. What does the average pre-made kit include? Could I survive using a cheaper kit?

The average pre-made emergency kit actually includes quite a lot of stuff by number alone. Companies trying to sell you emergency kits will typically add a lot just so they can overwhelm you with information and make you feel like there’s extreme value in what they’re trying to get you to buy.

If you take a look at this basic 4 person 72 hour emergency kit that Costco offers, you’ll see just how much is packed into a single 72 hour kit.

But we live in Canada – so while those hand warmers and fire starters will come in handy – they’re not very practical if you’re stuck in a car with a dead battery in the middle of a snow storm. So don’t just buy a kit and assume everything’s going to be okay. Make sure you read what’s in it, test out the products to make sure they work as advertised (and to make sure you know how to use them!) and that the kit can actually cover every probable emergency situation you can imagine. I’ll say it again, we’re in Canada, you’ll likely want to throw in a few blankets and sleeping bags on top of whatever you buy. Bottled water costs $2 at No Frills. It’s a good idea to throw that in your trunk, too. You can live without food for a good long time. You can’t live without water for long. And yes, it rains a lot here and you might be able to melt snow in the winter, but you won’t want to take the chance of getting hypothermia by getting wet in the snow just to try to get yourself a drink – keep some bottled water in the trunk of your car and you’ll save yourself having to make a fire just to melt down some snow and ice.

Could you survive using a cheaper kit? This all depends on the cheaper kit in question and what it offers, and, again, the kind of emergency situation you get into. My ultimate recommendation will always be not to buy any pre-made survival kit, no matter how expensive or cheap it is. Making one yourself is exponentially better. 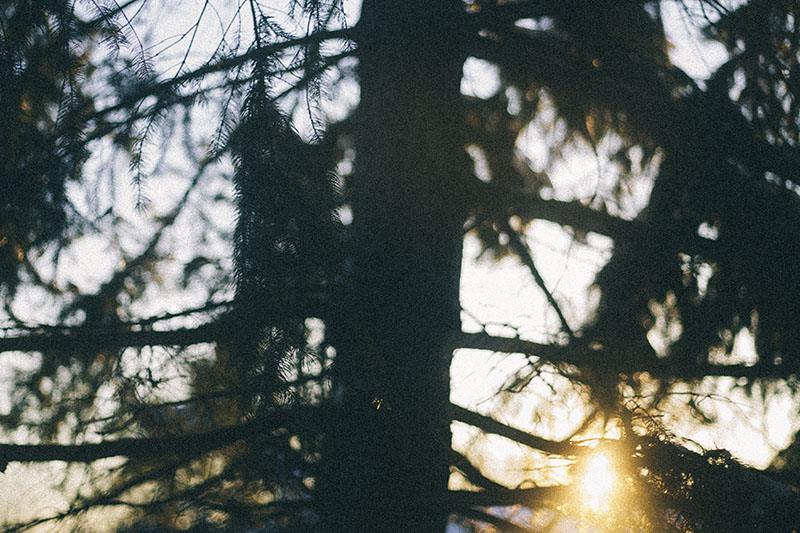 3. How do you usually test the emergency preparedness kits?

Easy. Open it up and try to get the individual items to do what they’re supposed to do. Can you make a fire out of the fire starters they gave you? If not, is it because you need to practice or because the product just doesn’t work very easily/well? If it’s your experience, practice more. If it’s the product – you wouldn’t want to be using that thing in an emergency. Get your hands on a better one.

You can try “surviving” with the emergency preparedness kit by camping out in your backyard and only using items found in the kit for 3 days. Just don’t go out in the wilderness and try doing this because you don’t want to get yourself into a real survival situation while simulating a survival situation. You wouldn’t believe how many people actually die in the wilderness trying to test themselves and their gear. Don’t add your name onto that fatality list.

4. Have you ever used an emergency preparedness kit from Canada?

No, I have not. I’ve not tried or bought one ever. Nor do I have any inclination to – I’d much rather make my own.

5. Could you comment on the quality of the items included in a pre-made kit? Are the Items included usually good quality?

Again, because I’ve never bought or had one myself, here I’d have to guess: I assume that they’d contain reasonable quality items – mid-range, not the best or the worst on the market.

6. We are focusing primarily on kits you can buy in Canada, Have you ever used a kit from Canada? Are they different from the kits in the United States?

I have never tried to get my hands on a Canadian kit either, but I’d assume the Canadian kits would have a lot more winter-weather/heat-specific products. Regardless, however, I’d still throw in a few blankets and sleeping bags in on top of whatever was in the survival kit, as chances are no matter where you buy your survival kit, it’s not going to be able to keep you warm in the Canadian winter by itself.

7. Where can I buy the best emergency preparedness kits?

The best emergency preparedness kits are and will always be ones that you make yourself. No matter what you buy, you can make better and for far cheaper yourself. 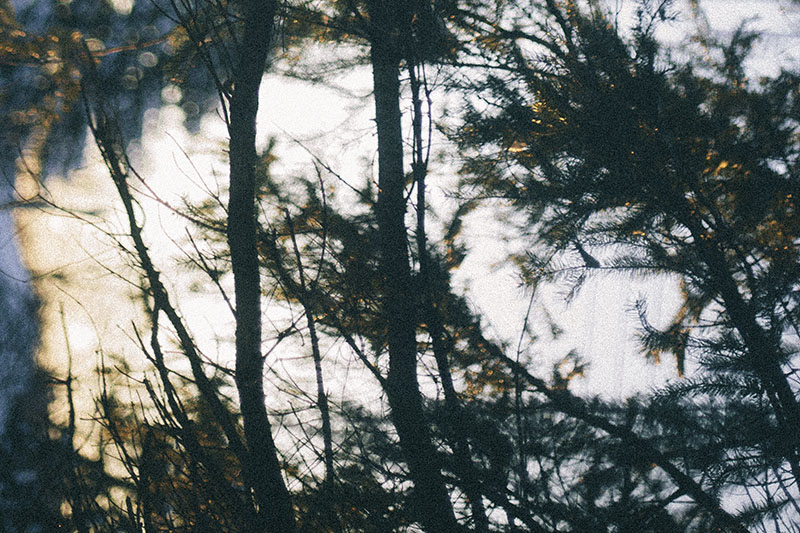 What do you think of pre-made emergency preparedness kits?

Let me know in the comments section if you have experience in this field and what your thoughts are!

Would you have answered these questions differently?