Time and time again, I’ve seen accusations from people who just don’t understand prepping that preppers are basically hoarders. Shows like Doomsday Preppers paint a picture of preppers that, quite frankly, makes it look like we’re all genuinely displaying crazy behaviour when we choose to prep that’s evident, not only by how we talk, but also by what we choose to keep in our house.

“Preppers are hoarders.” If you haven’t heard that before, you’ve been living under a rock.

For preppers, it’s a pretty infuriating accusation to hear. Preppers are already pretty misunderstood without being wrongfully attributed a genuine personality disorder (compulsive hoarding is a sub-type of Obsessive Compulsive Disorder – which a prepper may yet have, but that doesn’t mean every prepper has OCD just for having a stockpile). Giving prepping even more of an unnecessary negative stigma is ridiculous in my mind, especially when prepping is such a practical thing that more people should be encouraged to do. Prepping and hoarding, in my eyes, are so very different that it’s hard for me to understand why anyone could think they’d possibly be one in the same.

Yes, preppers and hoarders both acquire and keep large amounts of stuff. Yes, our behaviours seem strange to regular people. Yes, we each place value on our accumulated goods. But does that really mean prepping/stockpiling is just another form of hoarding? 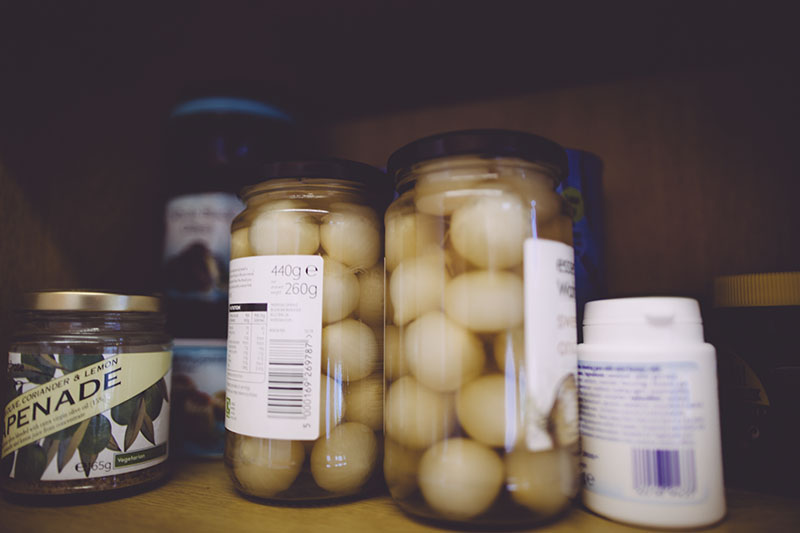 The Initial Breakdown: Are You Sure Preppers Are Like Hoarders?

To get down to the truth of the matter, we’ll need to look at the definitions. And to compare these two types of acquisition of stuff head on.

The definition of “stockpile”? (From the Oxford English Dictionary):

A large accumulated stock of goods or materials, especially one held in reserve for use at a time of shortage or other emergency.

The definition of “hoard”? (Again from the OED):

A stock or store of money or valued objects, typically one that is secret or carefully guarded.

At face level, these definitions seem very similar. But if you pay close attention, there’s a huge difference. The difference is not in the items themselves, not the fact that they’re being kept in large quantities, that they’re being stocked or stored, but in the value that’s being attributed to them.

A stockpile is an accumulation of goods that’s specifically, in a prepper’s case, held in reserve in case an emergency situation comes around and makes those goods useful to have acquired.

A hoard? It’s made up of valuable stuff – it’s not there for a specific purpose. Items in a hoard are kept just because they are valuable to either the person hoarding them or are valuable to society at large.

Need to understand this concept better? Think about both Smaug the dragon, and all the dwarves in Lord of the Rings. Now they had a hoard – the same hoard, actually – and they all really wanted possession over it. All that gold, all those gems – it had value in the real world. Did they do anything with it when they had it? Not really, no. They just liked possessing it (especially Smaug). For the dwarves, it even went so far as to have sentimental value. I’m sure they wouldn’t have been happy with any old hoard of gold – they wanted the one that was once theirs, that had belonged to their people, to their ancestors. It just wouldn’t have been the same if they were given possession of any other hoard. Thus, there was even more value (personal value) in the hoard for the dwarves.

I’d argue that when it comes to stockpiling – the items you’d keep are not even close to being valuable – not on a societal level and not personally either. Sure you could stockpile gold – and that would be a valuable item, but unless that’s the only thing you’re stockpiling, chances are the vast majority of your prepper stockpile will be things that most people feel are not really very valuable at all. Your toilet paper “collection”? No one is going to turn green with jealousy over that. Your stock of canned foods and rice? Yeah, again, not valuable to society at all. To a prepper it can be seen as valuable: but that’s only because of the purpose it can and may serve. If it no longer was able to serve that purpose – say someone invented and you got a hold of an unbreakable, everlasting food-making machine that just ran on water and solar power – the value you placed on the items you had would be reduced to the value everyone else places on them: not much.

Nothing you stockpile as a prepper is really rare; it’s not like you’re collecting art or precious metals or stones in high volume. If you are at all, those things come secondary to you, because you can’t eat valuable items if a crisis comes along, and those items will be incredibly devalued, too, if ever an emergency situation rolls around (which is what preppers are prepping for).

If you thought, “Yeah, kinda.” Let me ask you again this way: if a prepper’s entire stockpile was burned down tomorrow, and yet was magically replaced with a completely different stockpile that had items similar enough to their last and thus could do the job of taking a prepper through an emergency just as well as that burned down stockpile they used to have – would that prepper be upset? Probably not. They probably wouldn’t even bat an eye.

Because preppers are not attached to their stockpiles. They’re attached to the practical use it affords them. It’s a tool – and not the kind of special tool your grandfather passed down to you after his grandfather passed it down to him; no. It’s a tool like a miscellaneous screw driver you happened to pick up at the Home Depot the other day is a tool: great for what you use it for, but quite honestly nothing even close to irreplaceable or particularly valuable inherently or subjectively. 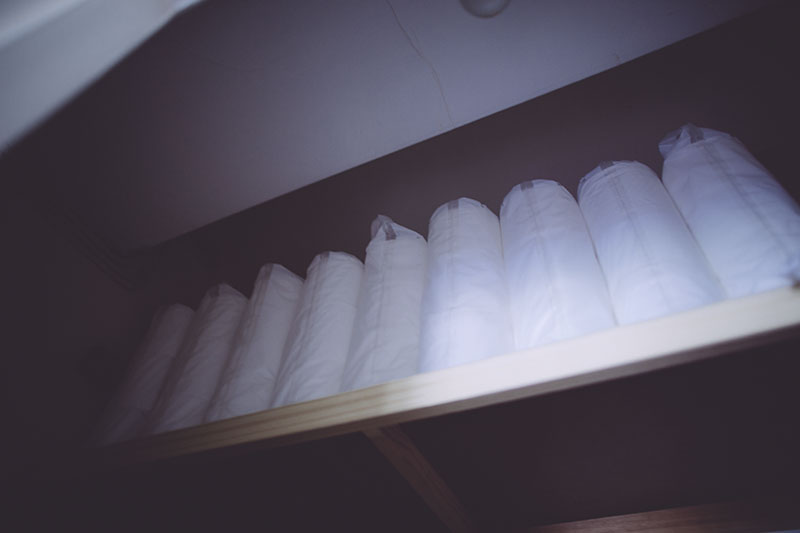 How Preppers Keep Stockpiles VS How Hoarders Keep Hoards

I’d also argue that these differences are reflected in how people keep stockpiles versus how they keep hoards.

When it comes to hoards, I’ve noticed a couple things:

This would not fly for a prepper’s stockpile. Especially if the prepper had any kind of choice:

So I’d say, beyond a shadow of a doubt, that in my mind, prepper stockpiles are not like hoards, beyond the surface detail that both stockpiles and hoards contain a lot of stuff.

As further proof that preppers are not like hoarders: if you take away all the potential threats and make sure a prepper never has to worry about anything ever again (and mean it, mind you, because we are all skeptical of the government’s promises), he or she will lose the need to stockpile and thus, in my opinion, never would bother to acquire any stuff again. There are no conditions that would magically make a person who hoards feel like they no longer need to hoarding – because hoarding is an addictive behaviour and not done as a meas to an end – for a specific purpose. 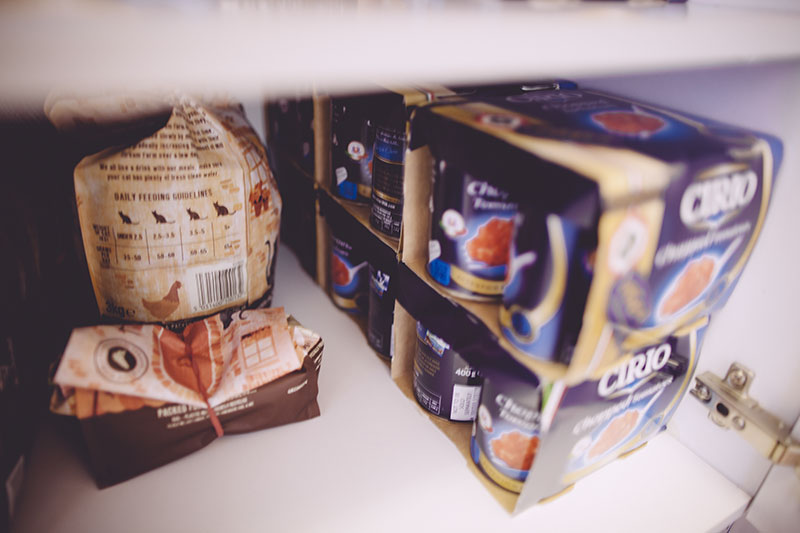 Do You Think Prepping and Hoarding Are the Same?

If you’re a prepper, did I miss anything that might be insightful to know for those who think preppers look a lot like hoarders?

If you’re not a prepper – were my arguments convincing at all or was this just futile because both preppers and hoarders still have a lot of stuff and thus still look pretty similar in your eyes?

Let me know in the comments – would love to get some insight.