If you haven’t thought about dumb phones in a long while, I can’t blame you, but chances are you’re missing out on a really great emergency tool that’s been right at the back of your memory this entire time.

Smart phones are amazing. They’re an enhancement to everyday life. I can’t imagine no longer having the ability to open up Google Maps, figure out where I took a wrong turn, correct my mistake and get back on the right path to where I need to go. I can’t imagine not having amazing, free apps like WhatsApp that help me stay connected with people, not only just in my own country, but all over the world for literally not a cent. And I definitely can’t imagine life without being able to quickly and easily jump on this small device, check my email and browse through a couple interesting articles online before I doze off in bed.

No, I don’t want to go back to life without a smartphone. But that didn’t stop me from going out and buying a new dumb phone either. 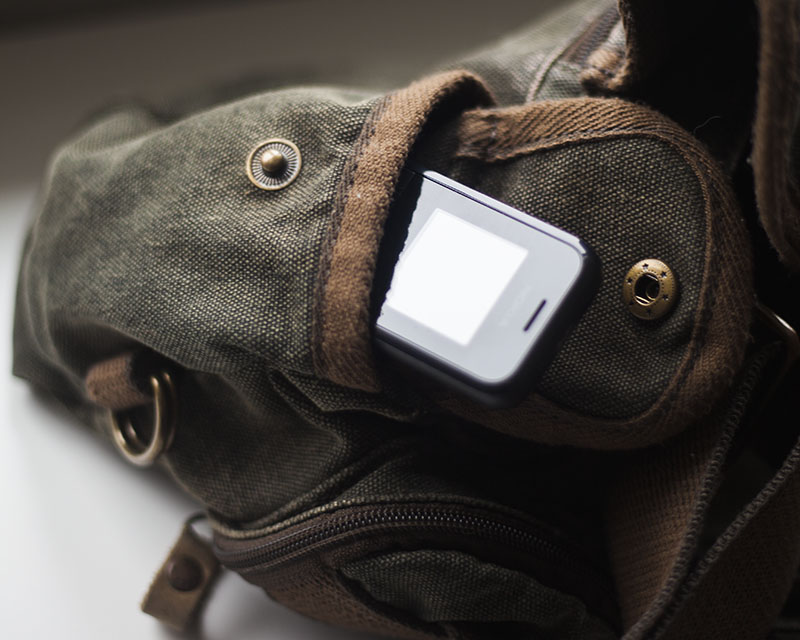 What’s the Point of a Backup Phone Anyway?

I’m sure as a prepper you don’t need much convincing to get a backup phone, and a lot of these explanations for why you might want to have a backup phone around you probably already would’ve came up with yourself, but it’s better for me to lay out all the benefits to having a backup phone anyway, so here we go –

1. Use as a temporary replacement phone in case your phone breaks.

Just pop your SIM card out of your broken phone and into your back up and you can continue on communicating almost like nothing happened.

2. Use as a temporary replacement phone in case your phone’s battery dies & you can’t recharge.

There will be times when you can’t charge your phone and you need to use it. That’s also what a backup phone is for.

Obviously, if you’ve got a car, a micro usb phone charger cable, and one of these, you can easily charge your phone no matter where you and your car happen to be. Or if you carry around a micro usb cable + a power bank like this one, you can also be okay on electricity for quite a long time. But in case of completely inaccessibility to a power socket or a charger – it’s good to have a charged backup phone in case.

3. Use as a temporary replacement phone in case you lose your phone.

Unfortunately, you cant pop your old SIM card into your backup phone to use right away in case you lose your phone, but if you get a new SIM card from your provider and you have contacts backed up to your backup phone, well you’ll actually be okay until you can get yourself a new phone. Better than losing all your contacts and having to dole out the money for a brand new phone right away.

4. Use as a backup emergency service call device.*** 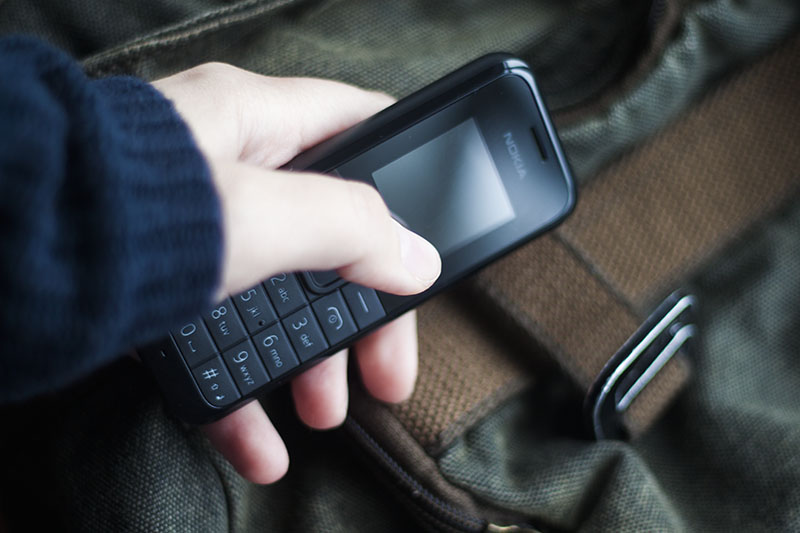 Fine, But Why a Dumb Phone Backup & Not a Smartphone Backup

It’s been long enough now that, chances are, you already have a backup phone somewhere in your house. It’s your old smartphone, and it’s probably lying around in a dresser drawer right now perfectly viable as a backup phone that can be used for any of the aforementioned purposes.

What the heck is the point of buying a dumb phone if you’ve already got a smartphone lying around? I’ve got a few really good reasons for you.

Yes, your old smartphone can last a few days without being charged. Whoopdido.

A dumb phone can last a week – or even a month – without being charged.

Are you really going to be charging a backup phone religiously? You going to remember to do it often enough?

You’re probably going to want a dumb phone as a backup phone.

I know it sounds weird, but dumb phones, depending on the model in question, often have better reception than smart phones. And while this may not be a big deal to you when you’re in the city, getting excellent coverage in your office downtown – you may care if you’re out in the wilderness, and in places with shoddy reception in general. Yes, you still might not get reception on a dumb phone out in the middle of nowhere, but I’d rather take my chances with a dumb phone than a smartphone – because then I know for sure if there’s no reception with a dumb phone, there wasn’t going to be a shot in hell I’d get reception with any other phone. 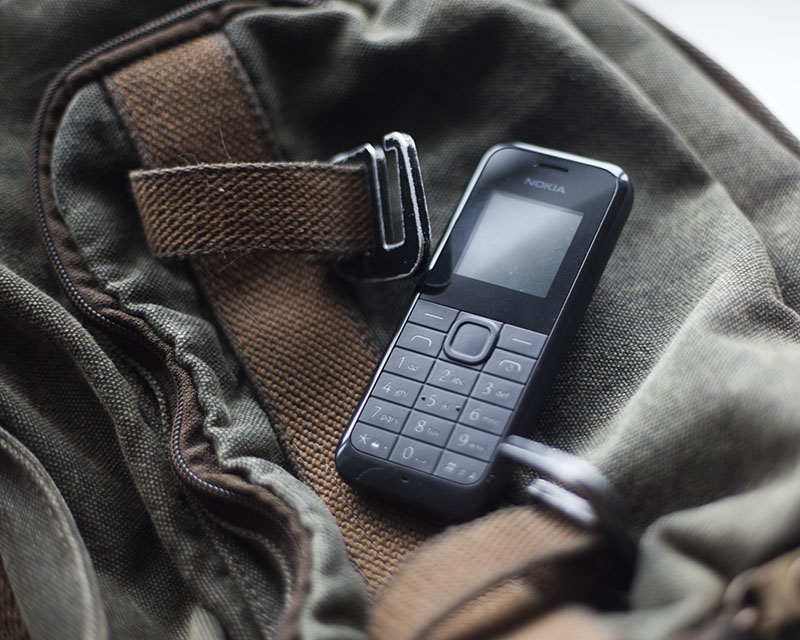 Okay, But Why Bother With New Dumb Phones & Not Use Old Ones

I, like any person who’s gone through the 2000s over the age of 15, have already got access around 5 old dumb phones from the early 2000s. They’re currently lying in a shoe box at my parents’ house. Why on earth would I bother to make a purchase and buy a new dumb phone, when I could just use one of these old suckers and not have to spend a dime instead?

The short and long of it; technology has improved. Battery life has gotten better. So. Much. Better.

And yes, you might be thinking, “But my dumb phone used to last 5-6 days in 2003; my smart phone doesn’t even make it through the day sometimes; AND my dumb phone was smaller. How could battery life have gotten better?” – but you’re comparing apples to oranges here.

Your dumb phone didn’t have all the bells and whistles your smartphone does – that touch screen, gorgeous display, the size of that touch screen, and the fact that it probably draws you to use it for a lot longer than you ever used to use a dumb phone back in the day. You didn’t play many videos on your dumb phone. How many do you think you play on your smartphone? How much more music? How many websites do you visit? Yeah it’s used a heck of a lot more – and for some pretty intensive tasks that your old smartphone was never used for.

The batteries on smart phones are much better than the batteries of millennium edition dumb phones used to be – you’re just using up that juice way more than you’d use up the battery life of a dumb phone.

So take that technological boost of really great batteries we’ve got in modern days and put it in a dumb phone and what do you end up with?

So yes, for the battery life improvements alone, I’d say it’s probably worth getting a new dumb phone instead of using an old one.

And of course take into account that as time goes on and technology gets better, prices drop…

I don’t think I need to say anything more. 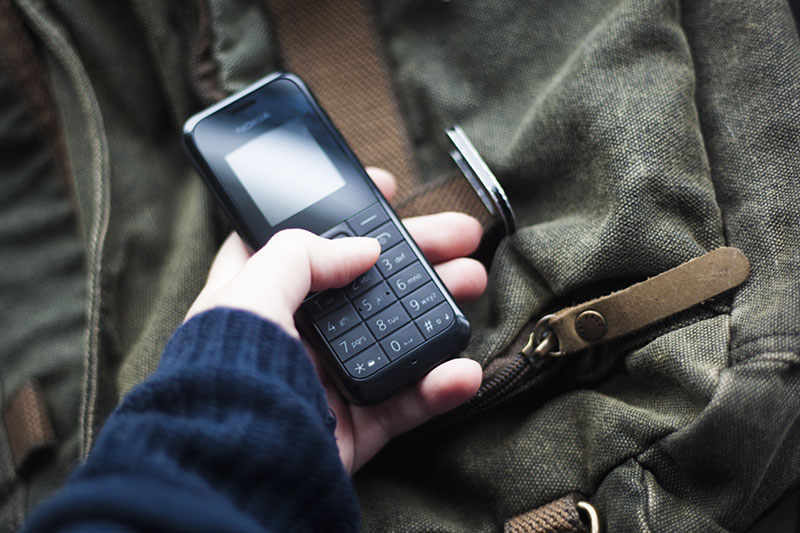 If you’re going to grab a dumb phone or two for emergency purposes, here are some we recommend based on long standby time, price, trustworthiness of the company they’re made by, and other advantages we’ve written up in the descriptions below the recommended phones:

Do You Have a Backup Phone? Is it a Dumb Phone?

Let me know if you’ve got a backup phone yourself.

Where do you keep it? Is it a smart phone or a dumb phone?

How often do you charge your backup phone? How long does it last on standby?

Drop a line below in the comments!