I made the first real post on the forum on June 25, but didn’t really get the ball rolling in terms of inviting people until a few days later.

If you’ve already taken the time to sign up and start posting and commenting – thank you! These past few weeks have been so much fun, and it’s remarkable how much I’ve learned from you all already.

It’s been a heck of a lot easier for us to get to know you one-on-one through the forum than through our comments section or through social media, and having full-out conversations is nice after feeling so limited by other communication forms in the past. It’s also incredibly nice to be able to have many people throw their opinions into the mix, rather than just having a two or *maybe* three person discussion (which is usually what results in the comments section at best). 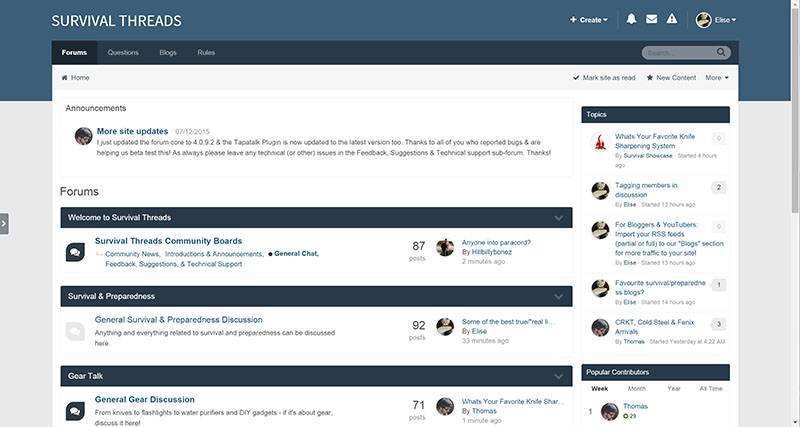 In case I haven’t made it obvious enough, we started Survival Threads because the comments section beneath our posts was feeling more than a little lacking – way less than optimal when it came to being able to properly interact with you guys. Of course, having a comments section is better than nothing, but it’s felt stifling at times as we couldn’t possibly interact with you in the way we’ve wanted.

Why? Partly because the comments section is pretty one-sided (biased toward us since we technically “start the conversations” via what’s written in the articles). Most people – if they even read an entire article, rarely ever make it to reading the comments section, let alone finishing reading all of the comments on a post and then posting a comment of their own.

Our comments section also seems to be stifling to good conversation because of how it feels a little bit strange to stray too far off the topic of the article – and sometimes that’s what needs to happen if you’re going to have a good discussion!

And because of the way we’ve structured this blog (namely, because we typically post in detail – trying to cover almost every facet of the topic at hand), we feel it’s difficult to have small conversations about topics within the survival and preparedness niche that we haven’t yet gotten a chance to write an entire article about.

Basically, we were just feeling constrained. So we took some time to plan out which forum software to use, made a commitment, and threw Survival Threads up. 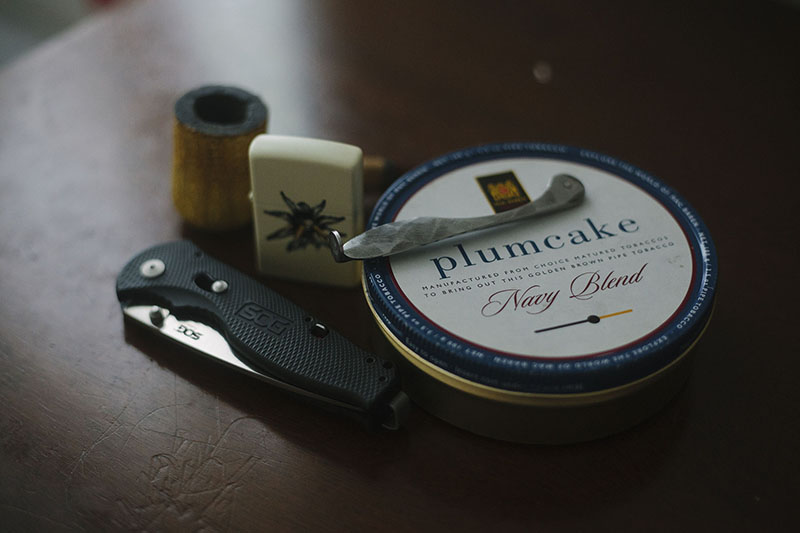 The idea to start a forum for our community has been in the works for a mighty long time – we’ve always wanted a home for our community and an easier way to engage with the incredible people we’ve met through this blog – we’d just never nailed down the particulars before (in terms of the back end stuff, getting the forum set up, etc.).

But now that it’s up and running, I daresay it’s even more fun than I anticipated.

So we formally invite you to join the Survival Threads forum – young old, new to survival or a seasoned professional! We want you on there to share your thoughts and/or ask any questions you might have :).

Whether you’re into survival, preparedness, gear, or all of the above – there’s a place there for you.

Thomas and I very closely stalk the forum – I’m a tad on the chatty side so excuse me if I look a bit over-eager (it’s probably because I am!).

To date, these are some of my favourite threads, if you’re interested in taking a look:

None of the existent topics answering your question or talking about what you wanted to talk about? Start up a thread! We’d be happy to chime in!

And most of all – we’re looking forward to finally getting to know you better!

Thank you so much if you decide to join us !