There’s a whole lot of nonsense that gets repeated on the internet, and there’s no exception to this rule, even for the knife community. Many of the “facts” about knives that people wholeheartedly believe are not facts at all, but are really just myths, commonly believed and rarely ever questioned.

While these myths are typically blatantly false, there are good explanations for why many of them exist: whether it’s because historically, they may have been true at one point, or whether it’s because knife companies encourage specific myths to continue by using product branding and advertising.

The knife community would be far better off nipping these myths in the bud, but they’ve been repeated so frequently that more and more people on the forums begin to believe that they’re true.

Here’s 5 popular knife myths that have come up on the forums that really, really don’t want to die. 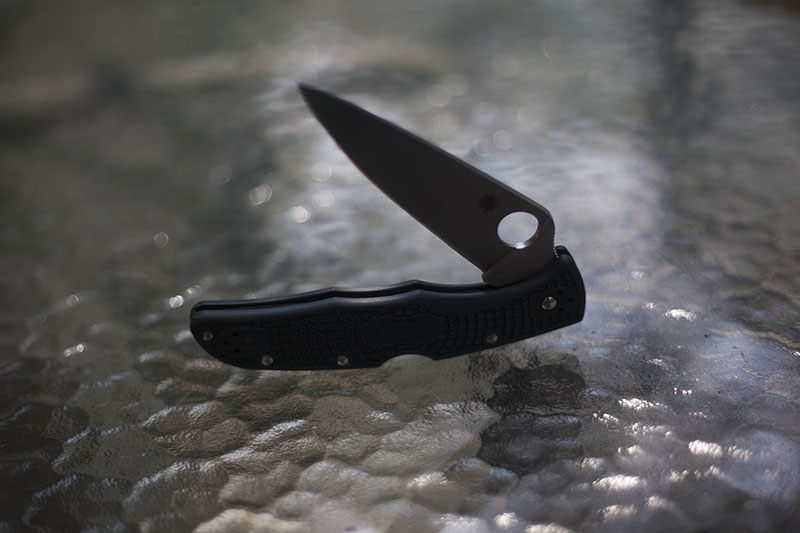 This myth has been debunked many times over, and yet it keeps coming up. Surprisingly, it’s still quite a frequent flyer, even amongst those in the knife community who really should know better by now. To clear things up yet again, here’s the abridged version of why forged knives are actually not stronger than production knives:

The core issue with this myth is that, historically, it was actually ground in truth (hah!). In the past, steel in its most raw form had many impurities, and so the process of forging quite literally beat many of them out. This helped produce a more congruent material for a bladesmith to make a knife’s blade out of.

But it’s 2014. These days we have robots on Mars, so I’d hope (and yes it is the case) that we can make pure steels that do not benefit from forging in the slightest.

Another reason this myth has persisted over such a long period of time is due to the industrial process. Because this process has become so damn efficient, stamping out a thousand blades a second has at times come to mean that knives get produced with no regard for performance or grinds. Many cheap knives were created on the production line, and therefore, people started connecting cheapness with production. Knives that were forged, by contrast, were often of higher quality than these crudely stamped cheap knives.

That being said, not every production knife is a cheap knife, and even though the price of a forged knife is much higher than a production knife (think of all that hard labour, and those long hours of manual work going into that knife), oftentimes production knives come out on top, if they are designed well and have great steel that is.

Modern powdered steels like CPM 3V, which is widely renown as a very tough steel, by design cannot be forged. If you limit yourself to only buying knives that are forged, you will be missing out on many of these technological advances, such as  CPM S90V or CTS-204P, currently used frequently in the cutlery world for example.

Forged knives will also always have a degree of variance between them. In terms of pure performance, a machine ground blade, made from powdered steel and professionally heat treated, will be consistently superior to the average knife from a custom knife maker who forges his own blades.

Obviously, one can always argue that, in terms of aesthetics, or the “soul” of the blade, forging yields better results. But in terms of strength alone, production knives, if they’re well made, will typically be stronger than forged blades.

Note: I’m in no way saying that forged knives are subpar – many are excellent, but that’s based on the skill of the craftsman – not the act of forging.

Update 01/13/17: If you want to read more about this topic, check out my article Knife Forging: How Forged Knives Are Made & Are They Stronger? 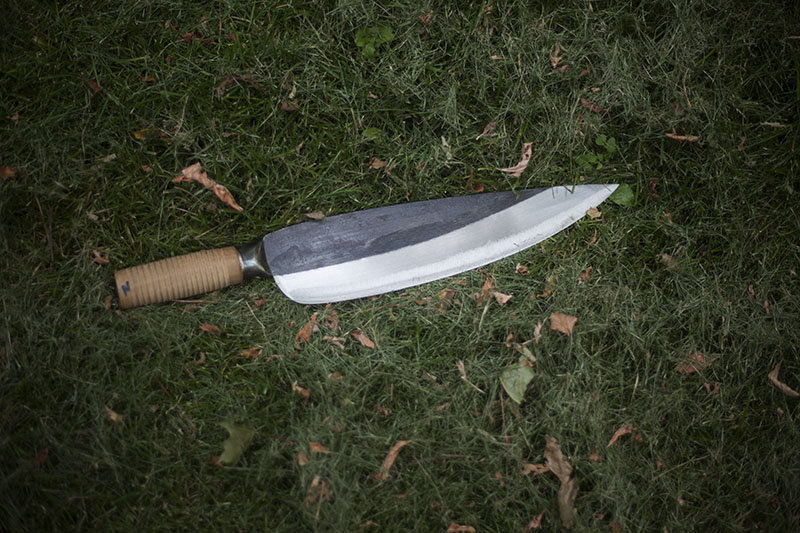 Myth #2: The More Expensive the Knife, the Better the Quality

You may have noticed that there can be enormous price differences between one knife and the next. Though that price difference is sometimes an indication of higher quality, overall, it’s really not typically the case. Higher price does not often mean better knife quality.

Knives, like nearly anything else, are worth however much people are willing to pay for them. Prices do not necessarily reflect the quality or performance of the final product. My ZDP-189 Spyderco Delica is so acute that in terms of pure cutting performance it destroys pretty much any of my other knives, regardless of budget. I would wager it would crush the vast majority of custom knives on this front as well.

But it’s not a custom – so it’s not perceived by others to be worth as much as a custom. Hence why it’ll go for cheaper.

In terms of performance, a Helle Viking would be roughly comparable to any odd Mora knife (take the dirt cheap Mora Classic for instance). There’s a huge difference in how they look, but in terms of quality, especially when it comes to using the knife as a survival tool, honestly the Mora Classic is pretty on par, even though there’s over an $80 price difference.

When it comes to fit and finish, whilst it’s generally the case that more expensive knives are better constructed, this again isn’t a hard and fast rule. Also, cost doesn’t seem to be a necessary factor for good fit and finish. One only has to check out the, frankly quite epic, Kershaw Emerson CQC-6K to essentially have their view that “quality comes at a cost” shattered into a million pieces. Unreal levels of quality for an astonishingly low price. 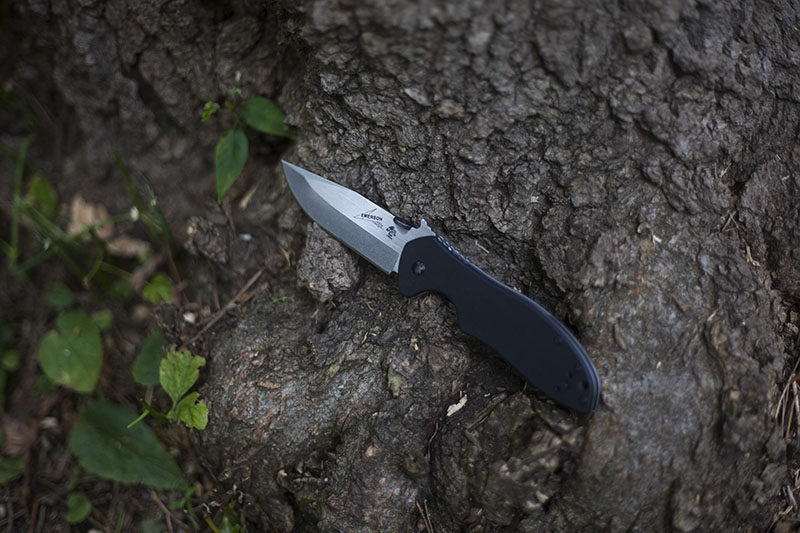 Myth #3: Hardness Has to do with Steel Type

This knife myth is obviously more common amongst those of us who are really into knives. Typically, those who buy knives purely as tools and don’t have vast collections of them (ahem! yes that’s me), rarely look at steel type. That being said, amongst those of us (and I do include myself in that us) who obsess over the materials a knife is made out of, this myth is pretty popular.

The short of the story is that all steels types have an optimal hardness, but the heat treat is what determines the final resulting hardness of a blade: not the steel type itself.

The reason this myth exists and continues to be believed by many is ultimately because of branding and the claims made by knife companies.

Companies can opt to heat treat these steels to be harder, but ultimately most do not, due to the risk that increasing hardness also increases chances that the knife blade may snap if happens to be used in an aggressive way (such as if it is used to pry with instead of being used to for its intended purpose: to cut with).

Although a custom knife maker may heat treat one blade at a time and time the process so perfectly so that the end result will be close to optimal, production knives will be heat treated in batches, as this is much more cost efficient. Because a knife company is not going to test every single blade, then heat treat the batch all over again if the knives are not exactly 58 Rockwell, knife companies instead have looser tolerances, specifying a hardness range of 57-59 for S30V (for example).

What that means for consumers is that depending on the company doing the heat treat and the specific batch in question, you might actually have optimal S30V blade, or you might have one that falls short by a few Rockwell points. Hardness doesn’t have as much to do with the steel type as it does that particular heat treat your specific knife went through. 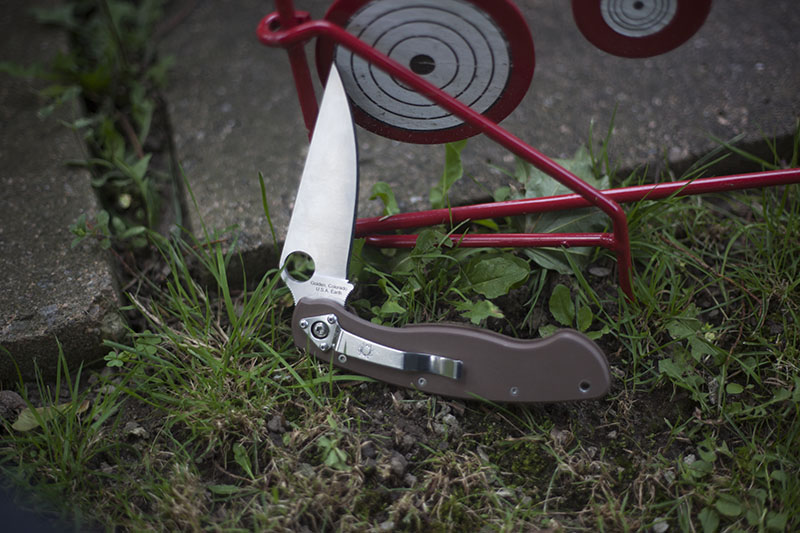 We are all highly opinionated meat sacks, and as a consequence, we tend to think our way of doing things is the best way of doing things. When it comes to grinds, this issue can very quickly turn into a giant flamefest. Hell, everyone’s got their own preferences, even I prefer specific grinds over others. But I also have to admit that, objectively speaking, all grinds can (and do) excel at specific tasks over other grinds.

Let’s have an example, shall we? I dislike hollow grinds. I’ve always preferred having more meat on my blades, so that just in case I ever want to, I always have the choice of turning my knives into super slicers or tough workhorses.

That being said, a knife with a hollow grind will take a razor edge far easier than any other grind (as a general rule). The primary grind is usually much thinner, and as such, when it comes to putting on the final edge, that edge is much leaner than the edge on a stereotypical scandi grind or convex grind. The thinner edge makes initial cuts easier, due to lack of wedging. Once the edge ends, a hollow grind will tend to form a T-type of wedge, which for me, is frustrating when cutting things like potatoes and thick cardboard.

We all have our biases, but at the end of the day: pick the right knife for the right job! A nice lean full flat ground chef’s knife for slicing vegetables, a thick full convex for chopping wood, or a deep hollow grind for your cut throat razor. They all have their place! 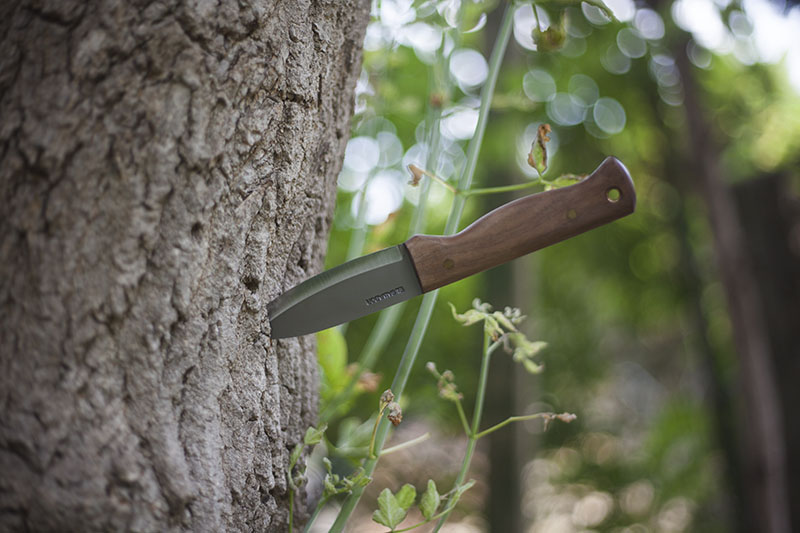 Myth #5: Stainless Steel is All the Same/Are No Good

ARG. This myth is one of my worst gripes. Not at all true, and yet so frequently repeated it drives me mad.

Stainless steel is not “inferior carbon steel,” contrary to what’s sometimes said around the internet. The vast majority of high edge retention steels are actually stainless: CPM S90V, CPM S110V, and Vanadis 23, for example. On that same note, stainless does not mean brittle or weak. INFI (it’s more or less a stainless steel) is very tough, as is 440B with the right heat treat, and 12C27, which is used by Mora in all their stainless blades, is also very tough.

Judging the performance of a steel based purely on its stain resistant properties is incredibly ignorant. Look at alloy content, the heat treat, and hardness to determine what steel suits your needs. Don’t, for heaven’s sake, judge a knife purely on whether it’s stainless steel or not. 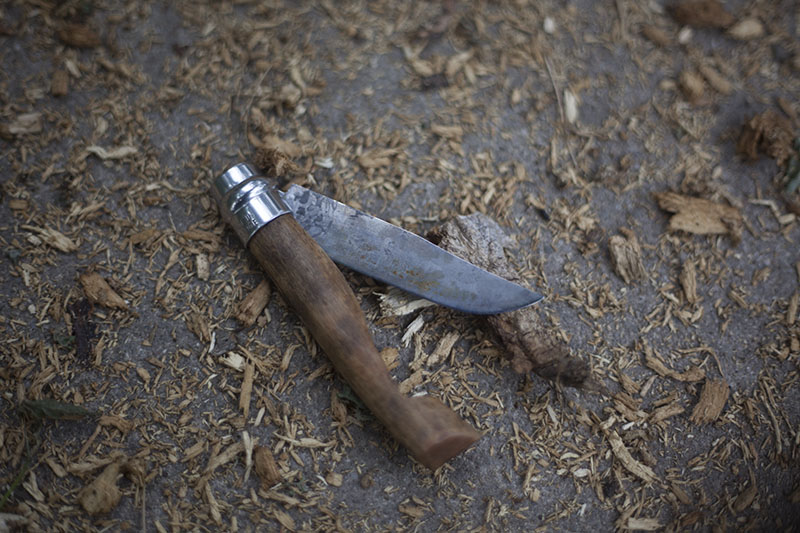 Heard any claims about knives that you just aren’t sure about?

Know any more myths about knives that irk you whenever you hear them repeated?

Feel free to ask or rant in the comments.