We’re o.b.s.e.s.s.e.d. with the Fox TV series by DC Comics, Gotham, in this household. Thomas and I both concur – it’s definitely one of our top 3 favourite TV shows of all time (and dare I say, almost on level with Game of Thrones?).

While watching more recent episodes of Gotham, it’s felt like knives have been popping up left, right, and center on set lately. As a result, we decided to do what we’ve done for quite a number of other TV shows to date (Dual Survival/Naked & Afraid/Dexter): take the time to figure out exactly which knives were used on the set of the TV show.

Take a look at the chart below if, like us, you were curious to know which knives were used in particular episodes of Gotham.

It does seem that the vast majority, if not all, of the knives screened on Gotham are indeed production knives, unlike the knives featured on Dexter, say, which were not only custom made, but were made especially for the set of the TV show by prop managers. This makes it much more likely that we’ll find the exact knife used on the set of the show.

That being said, with the sheer volume of production knives out there, even the fact that the knives used as props on Gotham aren’t customs doesn’t always help – there are so many knives out there that the ones that appear on the show can still be really tricky to identify. So just as a heads up, we may be wrong about identification on a few of them, but have noted whenever we were unsure, or couldn’t find the exact knife, but found something very similar. 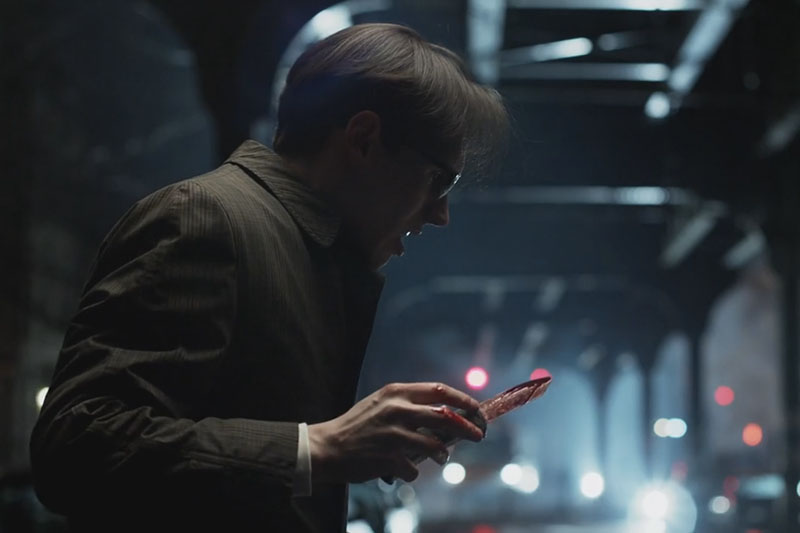 That’s all so far, but we’ll do our best to stay up to date with this list as new seasons and episodes air!

If you feel like you might have a suggestion/correction with regards to any of the knives listed above, do let us know. We’re reasonably sure about the accuracy, but of course shots are not exactly optimal, as the action’s concentrating on the characters – not the knives ;).

Enjoy guys! And as always – be sure to let us know in the comments if there are any other TV shows you’d like us to do this for.