After over a decade of being heavily involved in the knife world, not only as a knife user, but as a collector as well, I have found myself completely jaded by the knife industry’s enduring tactic of releasing new steels and declaring them clear upgrades. I am not arguing that there isn’t an actual improvement from steel to steel, but rather that this has been overplayed for the sake of marketing and generating more sales. 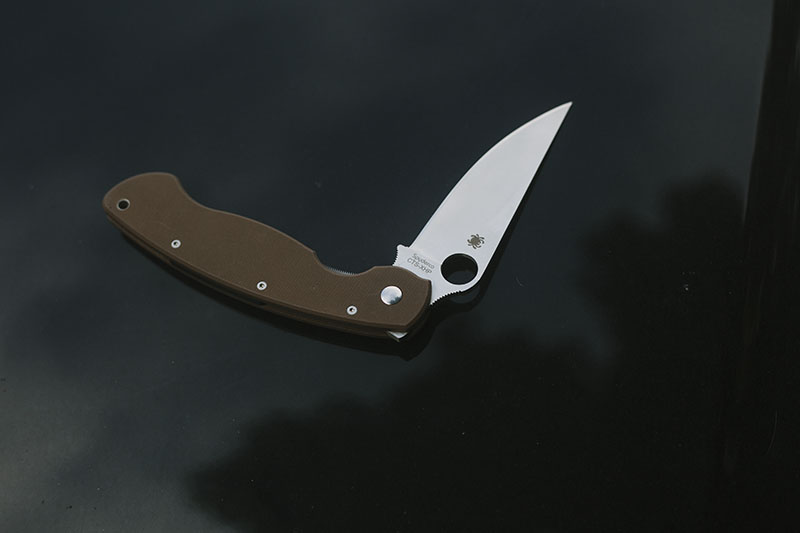 When S30V first became mainstream as a high-end cutlery steel, the propaganda machine went full blast and touted it as the end all be all of steels. This prompted its ubiquitous adoption. Is S30V a good steel? Yes. Is it significantly better than S60V, which was its predecessor in the Spyderco Military, for example? No.

I own an ungodly amount of knives, the vast majority of them from high performance companies like Spyderco. The steels used in my knives run the gamut from the “lowly” 8Cr13MoV all the way down to CPM S110V. I’m not saying I’m an expert on metallurgy, but I think I have enough experience with knives to be able to make a somewhat educated post on the value (perceived or otherwise) of super steels. 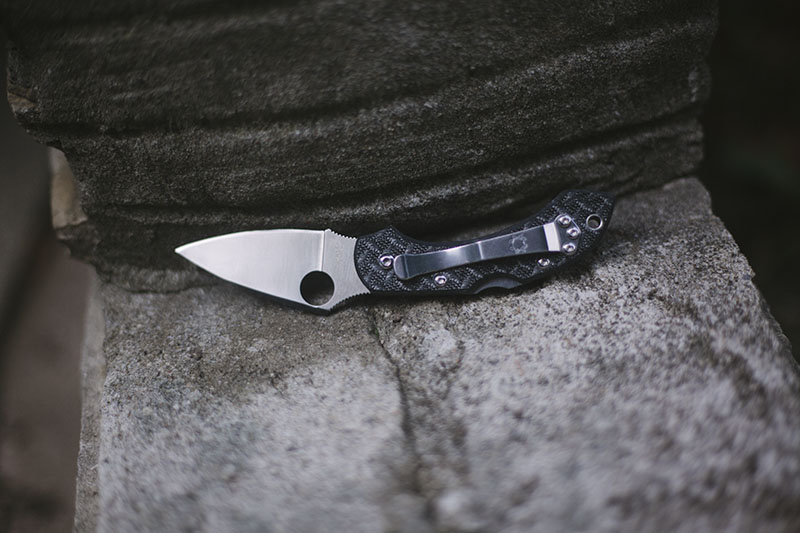 For the sake of not writing a novel, I will define a super steel by its edge retention as the measuring rod. Plenty of other metrics can be introduced to rank steels, such as tensile strength or corrosion resistance, for instance. Yet for the sake of having a linear upgrade path, I think edge retention is the best method. The reality is that to achieve other characteristics you will always have to sacrifice something. If a steel had amazing toughness, edge retention, and corrosion resistance: manufacturers would be using it for pretty much every knife on the market. A knife is defined by its primary function as a cutting tool. This is important because a steel with high tensile strength does not necessarily make a good knife. A good example would be the 300 series of stainless steel – good luck breaking them, but edge retention will be almost non-existent, hence, not good knives. Tough steels like 5160 are middle-of-the-road in many tests as a consequence of being utilized for a cutting tool whilst emphasizing toughness (you can’t have your cake and eat it), and as such, do not qualify as super steels.

Whilst this list is nowhere near exhaustive, it really does bring home how much variety there is in the world of high end cutlery. I arbitrarily (and unscientifically) scribbled down this list based on my own experiences and biases, and while it would be easy to juggle those steels around all day long using various pre-requisites to define a steel as “better” than others, the reality is that, while I personally love super steels from purely a nerdy perspective, in real world use the performance gain is not that noticeable, especially between premium steels and common super steels.

A friend of mine works in drywall and his EDC of choice is a Kershaw Volt SS with 8Cr13MoV. It’s been beaten to pieces, but functionally it works. For a supposedly “mediocre” steel, I gotta say, it holds up damn well.  Objectively speaking, I will always pick a super steel over a “regular” steel if I have the choice, and that’s, again, purely because I am a giant nerd: it’s not because having a super steel is a functional necessity. The problem is that people mistake this fascination most of us seem to have with super steels as meaning super steels are objectively better than other steels when it comes down to improvement of knife function, and that isn’t actually true. Remember when people freaked out about CPM S35VN? Based on just a few negative opinion user reports, the entire community seemed to rip the steel to pieces, proclaiming to have “noticed” sub par performance. 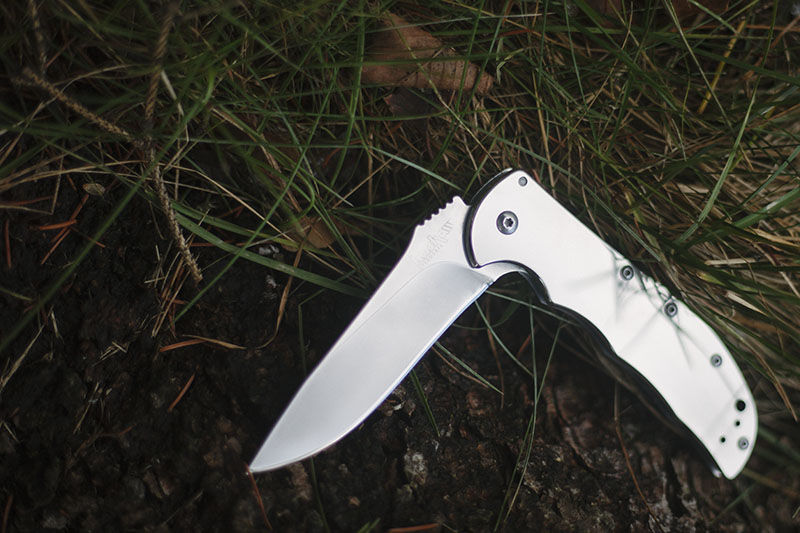 Listen, if you want to know for sure whether super steels are worth it: get off the internet forums and start using your damn knives! In regular use, I can’t actually tell the difference between S30V and S35VN, and I doubt you can either! Unless I am doing a regulated cut test, using consistently uniform abrasive materials and a lot of whisky to get me through such a boring test, I’m just not going to notice a difference.

The reality is that the “super” part is pretty much all in our heads. It’s like when people have a serious problem with the Kershaw Emerson CQC-6K purely because it’s made in China with an average blade steel. I can’t get over how biased this is, especially considering it’s pretty much the best knife you can buy for under $200, and it costs like $30. Can you actually tell the difference between a super steel and 8cr13MoV in everyday use? No (and be honest here – I know you can’t). So my question for you is, then why do you care? 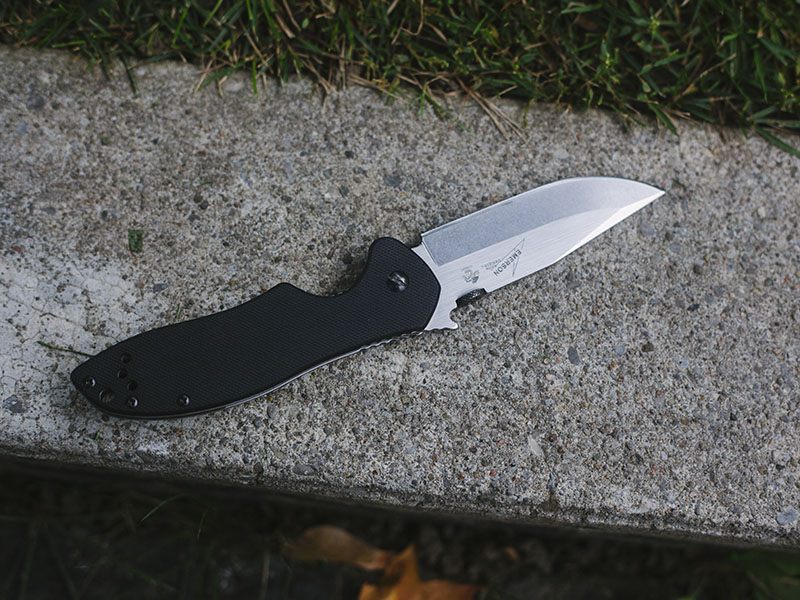 There is nothing wrong with always seeking the best, but when the knife industry takes note of our obsession with super steel and begins capitalizing on the nonsense by releasing folders with Cruwear blades (why?!) and small EDC fixed blades with CPM 3V steel, you’ve got to admit we all have a problem. These kinds of knives are absurd, and quite frankly go against all sense of logic and reason. But they’re on the market! And it’s all because the lot of us are super steel addicts.

At the end of the day, advertising exists because it works. Try to resist the endless deluge of the latest generation steels that can cut atoms and pry open tanks, and instead focus on knives with consistent heat treating, good edge geometry, and a steel that suits its intended application. That means going for a tough steel like CPM 3V for a chopper, an edge retention focused steel like CPM S30V for your folders, and a super stainless steel like H1 or X15TN for your marine-use blades. 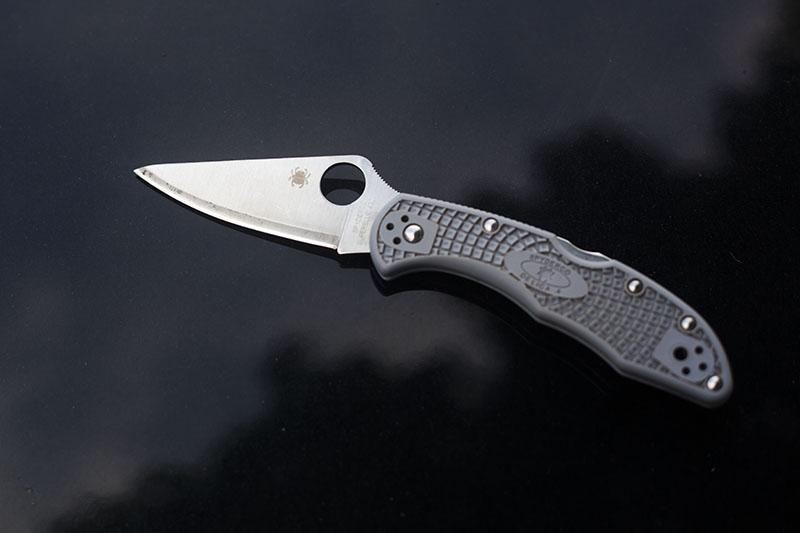 To reiterate, I am not saying that supersteels don’t have their place. What I’m saying is, no matter the steel, if the knife is badly made, it will still be bad. The crux of the matter is that, while I’d always choose a super steel over an average blade steel, I’m not turning down a knife just because it’s not offered with a super steel blade steel. And if you would turn down a great knife simply because it’s blade isn’t a super steel – well I really think you need to reassess your priorities when it comes to knives.

If you insist on having the toughest EDC knife possible, I can make you a 5/8 inch thick, 302 stainless steel, full convex 5 inch fixed blade for a mere $700. Edge retention is good enough to open at least 1 parcel guaranteed. Email to order.