Picking out the best Victoriniox Swiss Army Knife is not at all an easy feat considering just how many options Victorinox gives you, and how many variations of those different there are to choose from. There’s no way I could have mad up a list of the top SAKs on my own, so I reached out to you guys, asking which Victorinox options you thought were the cream of the crop.

While I didn’t get anywhere near a streamlined consensus, that’s exactly what I expected. In my opinion, this just goes to show you that the range Victorinox offers when it comes to their products is appreciated, and goes a long way toward helping everyone find their very own ideal, unique or slightly different from the pack. 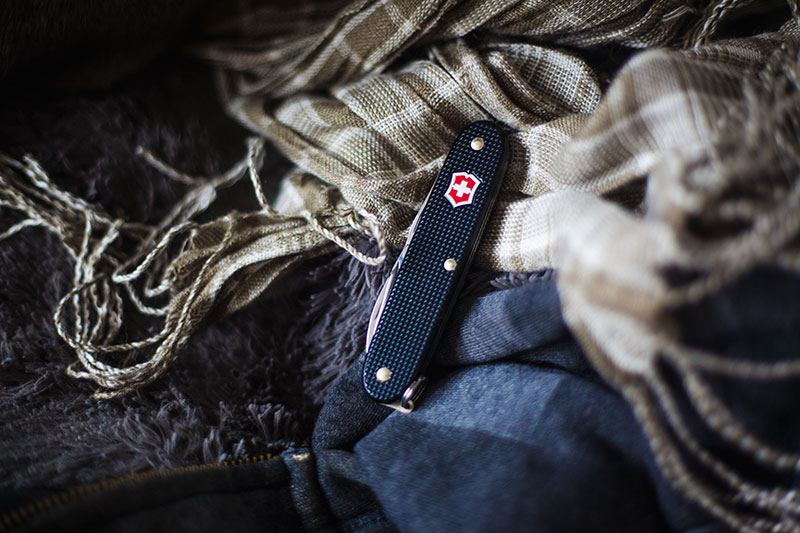 I didn’t personally differentiate between Alox and red scales when counting up the swiss army knives. Even then, you guys were split, choosing Alox sometimes, and red scales on purpose other times. Having a hard time choosing between the two? One thing to note before making up your mind is a point Tiny summed up quite nicely: “Red plastic handles are very calming to non knife people.” From my experience, this is 100% true – and red-handled Victorinoxes will rarely ever get a second glance. Victorinox’s red scales are so embedded in our culture because of their utter ubiquity that they easily slip under the radars of the vast majority of non-knife people. If that’s a selling point for you, make sure to grab red-scale versions of the SAK you want to grab.

Of course, the handles come in other colours (black, blue, yellow…) and styles (wood, see-through plastic…) these days, but again, that’s a whole other ball game. Let me know in the comments if you have a preference between Alox and classic red plastic scales, or if you prefer the new colours and styling options that Victorinox has been releasing.

I wanted to mention, before we get into the top swiss army knives as chosen by our readers, that going by number of Amazon reviews, the 5 most popular Victorinox SAKs are as follows:

Now let’s see how your preferences stacked up… 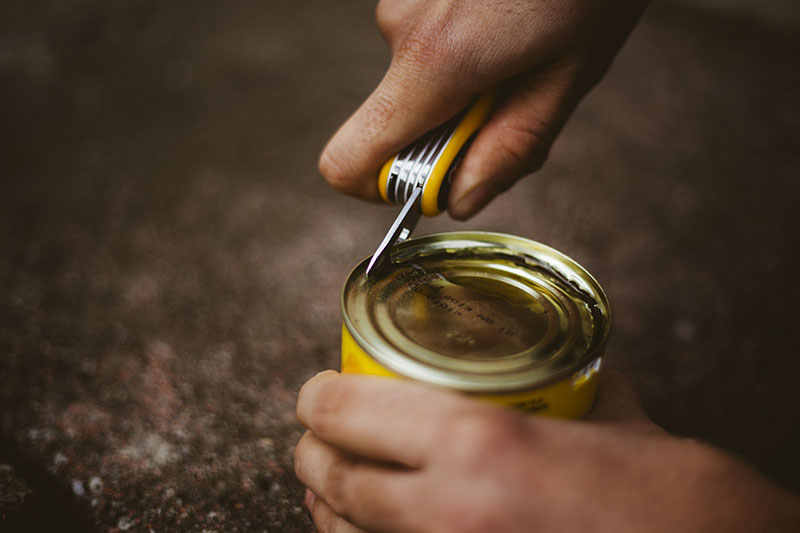 It’s one of those swiss army knives that, as John Z. mentions, always seems to find its way to your pocket. His words on the Classic sum up why I believe many choose to carry it over any other Victorinox Swiss Army Knife: “It’s got enough stuff to be useful but it’s small enough to not cause a panic when I pull it out in “mixed” company (non-knife people).” The perfect multi-tool for those concerned about drawing too much attention. Can’t get better than this ubiquitous little guy.

Broadwing mentions that, while he likes and has carried plenty of SAKs, his choice for the top spot: the Victorinox Huntsman. In his words: “My all time favorite is the Huntsman, reason being is the blades and tools are perfect for small to medium jobs, plus it’s not too large or bulky to carry.

An anonymous reader agrees on the Huntsman being a great choice, but disagrees on the pocket-ability aspect. Still, there’s plenty to like about this SAK. In his words: “The Huntsman for office and field compromise. A bit bulky for pocket carry. The corkscrew is used for sewing needle storage (push needle adjacent to screwdriver bit), winding sewing thread around the bit and needles. Pro-tip – use synthetic thread, as natural fibers will be destroyed in time.”

These two are not alone in their preference. BDC details how he came to find the Huntsman, and why it’s also his ideal swiss army knife: “The model he displayed had a wood saw. I failed to understand the value in the model because it had no scissors. When I would be up and about outdoors, I was always wanting to trim my finger and toe nails, digging out splinters and removing dirt from under my finger nails.

Eventually, I asked myself why not find a model that had both features. This was before the internet and personal computers. My investigation led to the Huntsman model. Since that time, I have purchased/restored/gifted/ratholed more than 2 dozen. Most have been purchased on eBay in the last several years as TSA confiscated.”

The Minichamp was another popular option amongst our readers. Jay mentioned it was the one SAK he always has in his pocket, also stating: “I have replaced the scales on it so that I have the toothpick again. I do not need the pen as I always have the Fisher bullet pen in my pocket too. It gives me the tools I use the most plus I have a finger nail file handy when ever the wife chips a nail. Sometime I think that’s why she has kept me around for the last 37 years.”

Moral of the story: if you’ve got a wife that appreciates a finger nail file, the MiniChamp may just be your best option, too. ;)

The Tinker is another one of those swiss army knives that manages to find itself into the pockets of quite a few of our readers, thus becoming their de-facto swiss army knife to EDC. John Z. mentinons that with the Craftsman, the Super Tinker is one of the two swiss army knives on the market he loves best. Why? “Both give me all the tools I need and none that I don’t.”

Yet another well-loved option amongst our readers.

Chris mentions: “I have the Cadet SAK with me most of the time. If it’s not on me it’s in my car. I have had it for many years and find it is all I need.”

Broadwing mentions, when he used to carry the Executive, “It came in handy for odd jobs at work as was/is non threatening.”

It does seem that a lot of favourite Victorinox Swiss Army Knives were originally gifts from friends or family members. Mark‘s love for the Explorer started out this way: “I have an Explorer my brother gave me 35 years ago, still going strong. It was my every day carry for years until I switched over to a Delica. I never got much use out of the magnifying glass though.”

Alex mentions that he carries the Mechanic as well as this SAK, “but if I have to choose between these 2 I prefer the Pioneer.”

Chris Fyfe mentions the Victorinox Spirit X is one of the top on his list, though he makes note that his favourite changes depending on what he’s doing.

Why the Spirit X? To him, it’s the “best mid sized multitool, for both implement density, and implement quality), when working, or in casual dress (most of the time).”

Tiny mentions he carries one of these on his key ring. “Camping if I am in the outdoors [..] or if I want something more sheeple friendly than a UKPK.”

He mentions that he’d prefer the swiss army knife it it had a metal saw rather than a woodsaw, but other than that it’s perfect. 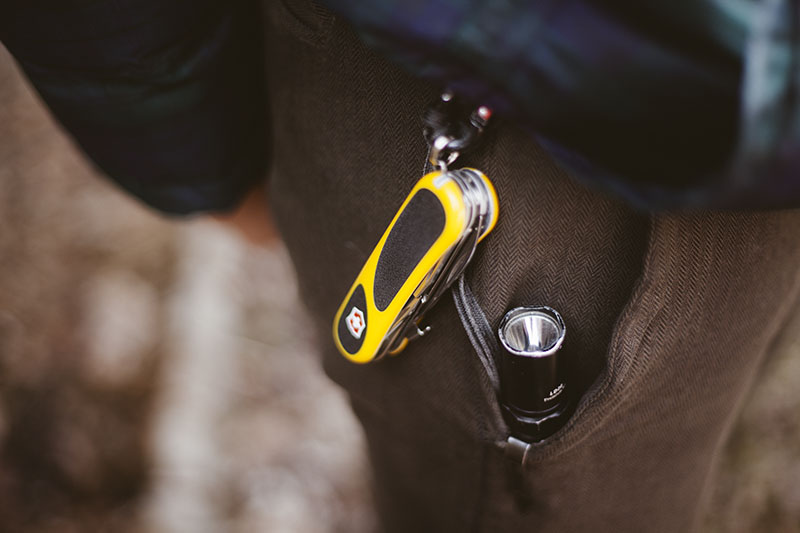 We’ve interviewed you guys before, asking what exactly you have in your pockets and packs. The compiled results stating what you guys carry actually goes to show that a lot of you carry Victorinox Swiss Army Knives – the Victorinox Classic came up as the #1 most carried multi-tool among you then, with the Leatherman Wave coming in at a close second.

Other Victorinox SAKs you guys mentioned carrying included the following:

This time, when we asked you guys which SAKs you liked best, and not about which ones you happened to be carrying, the results came out a little differently. Besides the 10 overall faves mentioned above, these were some other SAKs listed as favourites:

A little different, and just goes to show you how much we take advantage of the variety that’s offered to us. 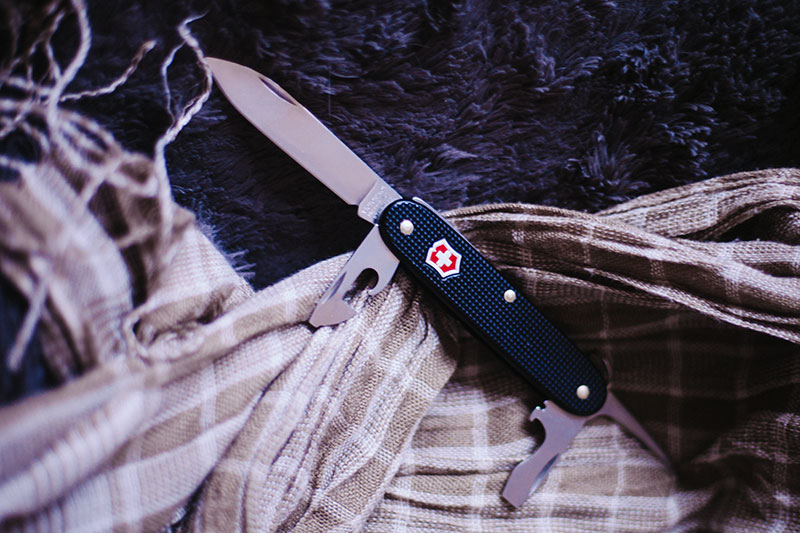 What do you think should have come in at the #1 spot?

Do you find it hard choosing between Victorinox’s Swiss Army Knives? Do you have a distinct preference for one over all others, or are you happy to sport nearly any?

Have different SAKs for different tasks? Prefer a specific colour or handle style over others?