Thank you guys so much for answering my question a few weeks back about which pocket knife you were currently EDC-ing. Made for a crazy cool read, especially since there were so many knives listed I didn’t even know existed. Some awesome discontinued knives in the list!

With over 50 comments, and few knife repeats, I’m pretty impressed with how varied our community’s tastes are. From the start, I wanted to make a “top EDC knives our readers are currently carrying” list from your responses, but considering a lot of you are carrying knives no one else commented stating they were carrying, I wanted to think of a way to feature these one-offs/not the most popular knives, but still interesting knives regardless. So at the end of this post, I’ve added a section listing the most popular brands (since there’s of course a lot of overlap there) along with a slew of knives at least one or two readers are carrying from that brand, so you can get an accurate feel for the diversity in just how many different knives you guys carry overall.

Note that not every knife you guys mentioned will be listed here, but I’ve done my best to include as many as I could.

Who made it to the very top of our most-carried brand list? For multi-tools, Victorinox and Leatherman (how could it not be?) and for knives, Kershaw. Which, again, was not surprising in the least considering the insane bang-for-buck you get with Kershaw offerings these days. We have a lot of Spydie Fanatics as well, though that’s more likely because of the sheer volume of Spyderco reviews we’ve done in the past: guessing that’s how a lot of you found out about MTJS? Leave me a comment if that’s true of you and you happened upon us through one of our Spyderco reviews!

And now for the top lists! 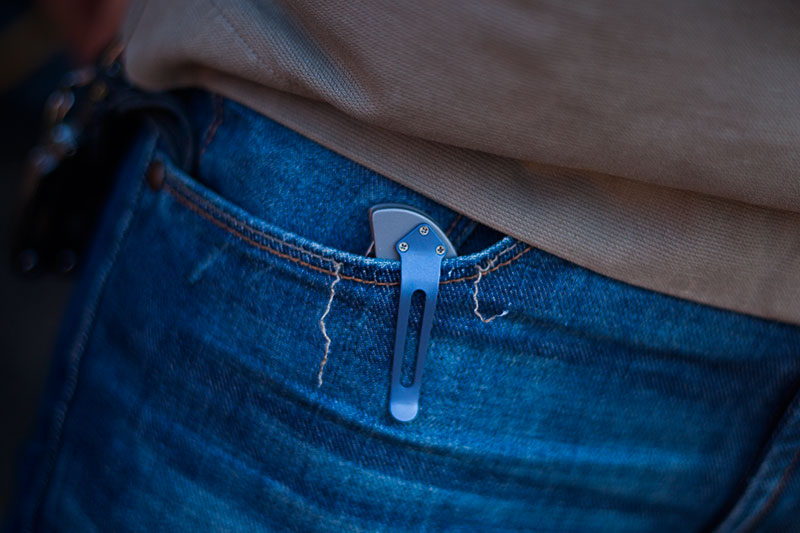 Absolutely no one is going to be surprised that the Victorinox Classic is the #1 most carried multi-tool amongst our readers. As much as I hate the styling of Victorinox knives, even I have to admit they’re ridiculous levels of practical, convenient, lightweight, and a just all-round amazing backup to have on you at all times. They’re also sheeple friendly since they’re so common and well known, that it’s going to be hard for any other tool to overtake them in terms of popularity, ever, in my opinion.

Coming in second, or first if you’re looking at solely full-sized multi-tools is the Leatherman Wave. I’m pretty sure this is the most popular Leatherman out there, so not too surprised about this. Ideal for nearly any task you can throw at it, you’d be hard pressed to find an adequate replacement for this tool made by any other company.

This was interesting to me, since I would’ve expected the Skeletool or the Wingman to be next on the list of most popular multi-tools you guys were EDC-ing. The Surge is the heaviest of all Leathermans to my knowledge, it’s a definite beast. Coupled with the fact that the Wave was the most popular Leatherman, I suppose you guys go for tanky multi-tools that can take a beating over the lightweight, slightly less practical options. If you’re a Wave or Surge user, let me know in the comments why you prefer the larger Leathermans. Do you feel something important is lost in the smaller ones? Or just feel like if you were going to compromise, you’d go for a Swiss Army Knife instead? Curious to read your thoughts! 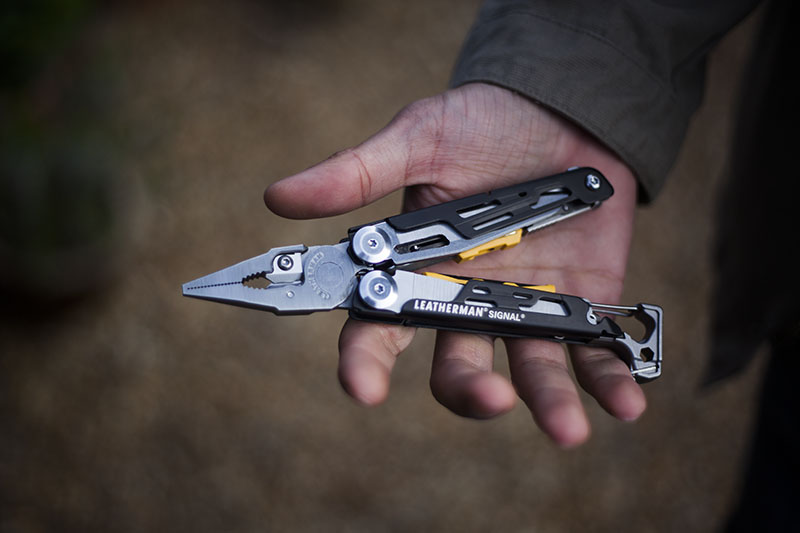 Topping the list of knives you guys are currently EDC-ing is the Spyderco Tenacious. Considering Thomas concluded his review of the Tenacious by saying, “It’s almost unbelievable how great a product this knife is for it’s cost” – yet again, this will come as no surprise to any of you. Bang-for-buck, the Tenacious is probably the best knife on the market in its price range. Actually, considering Thomas has multiple Tenacious knives, I’d be more surprised to hear that none of you have bought more than one. Excellent folders these are.

Read our review of the Spyderco Tenacious

If you’ve ever handled the Kershaw Chill, you’re going to institutionally get its appeal. Even if you’re not a fan of the anemic, lithe blades that hikers will want to carry in their packs, you’ll understand how this is a pretty unique offering and that if that’s your kind of thing, the Chill is 100% going to strike your fancy. Couple that with its absolutely ridiculous-cheap price tag and the fact that it’s incredibly discreet and deploys super quickly, I think it’s hard to think of a reason the Chill wouldn’t be one of the top EDCs you guys are carrying.

Read our review of the Kershaw Chill

Now, this EDC threw me – especially since I didn’t even know it existed! No, I’m not as on top of SOG’s offerings as I am with other brands, but I do usually keep an eye out for really quirky knife offerings, and let me tell you, somehow I missed this completely! I’ll likely nag at Thomas to buy one of these so he can do a review of it, cause it looks awesome. If you have one, let me know what you think of it in the comments.

Surprise, surprise. Actually, the only surprise for me about this one is that the #7 made it higher on this list by far than the #8! I know they’re pretty similar in size, but haven’t tried the #7 before and it makes me wonder if I’m missing something, even if the difference is what I would otherwise consider insignificant. Tried both? Why the 7 over the 8?

Yet another knife we nearly own, only ours comes with a different blade. We’ve had the 6K a long while, which I’m sure absolutely everyone who regulars this blog knows considering Thomas’ obsession with it. Any of you CQC-7K carriers thinking of getting the Kershaw CQC-10K to try? No surprise, but Thomas is pretty smitten; even likes it better than his old 6K.

A shocker? Yet again, no. You guys know where the quality lies and which knife offerings by which brands are the best bang-for-buck and it’s obvious considering what’s in your pockets and packs. Wondering if any of you carrying the Grip also own other Benchmades, and if yes, which you like and which you wouldn’t go so far as to recommend. We definitely need more Benchmades on this site, as right now all we’ve got are the Griptilian, the Adamas, and our newly acquired Osborne. Yes, only three, and yes, that’s pretty pathetic for a knife heavy blog!

Read our review of the Benchmade Griptilian

Thomas’ #1 recommendation for best all-round EDC on the market, and it’s not likely to be usurped by anything anytime soon. You who carry PM2s: do you share the sentiment that it’s probably the single best EDC on the market? Is it your favourite knife to EDC and if so has anything else come close for you? Let me know!

Read our review of the Spyderco Paramilitary 2 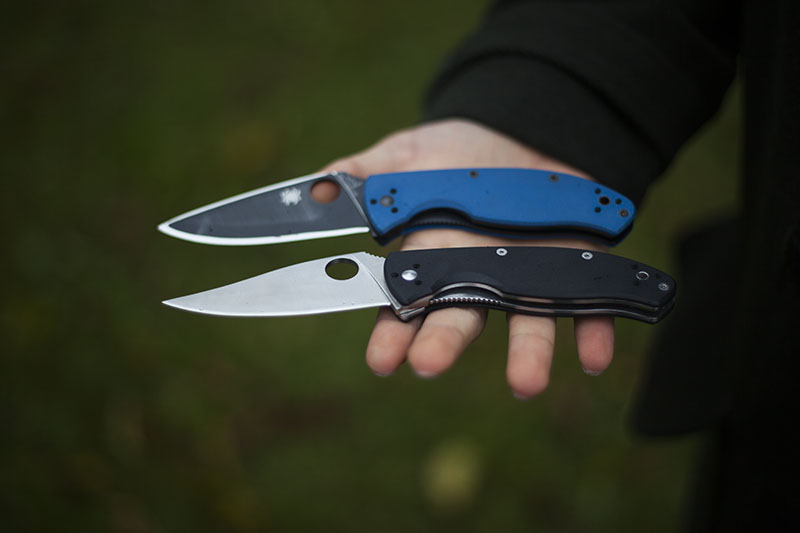 The top 3 brands being carried amongst you guys are: Kershaw, Spyderco, & Victorinox. 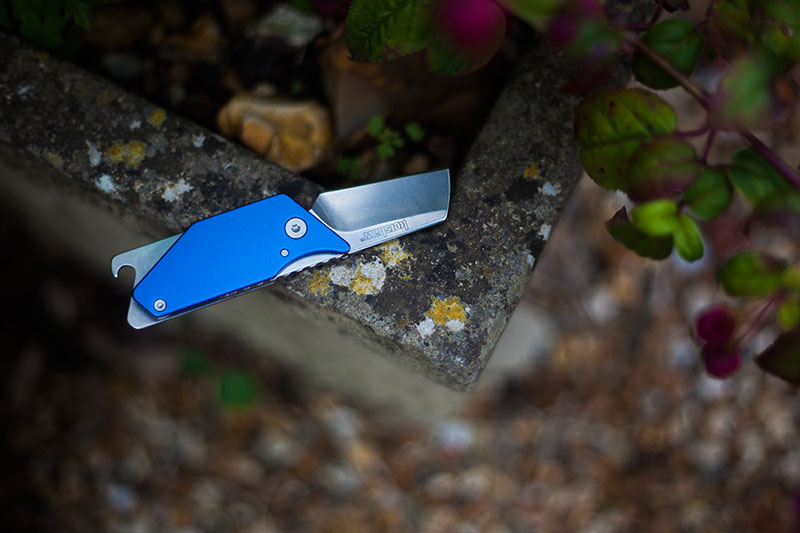 Your Thoughts on What Other MTJS Readers EDC?

Did the tally above make sense to you? Was absolutely any top knife surprising in the least? Find any one-off knives being carried (mentioned in the knives by brands section) pique your interest? Or unlike me, did you already know about all those knives?

Miss the post from a few weeks ago? Let me know what you’re carrying in the comments down below. Any other thoughts or responses to questions I asked in this post, all of it, leave it down in the comments below!