If you are a Brit, you will undoubtedly be aware that we faced a seemingly apocalyptic event over the past week or so. In case you’re unaware and need to be brought up to speed with regards to the cataclysmic event that struck old Blighty, be forewarned: the following photograph will strike fear into your heart: 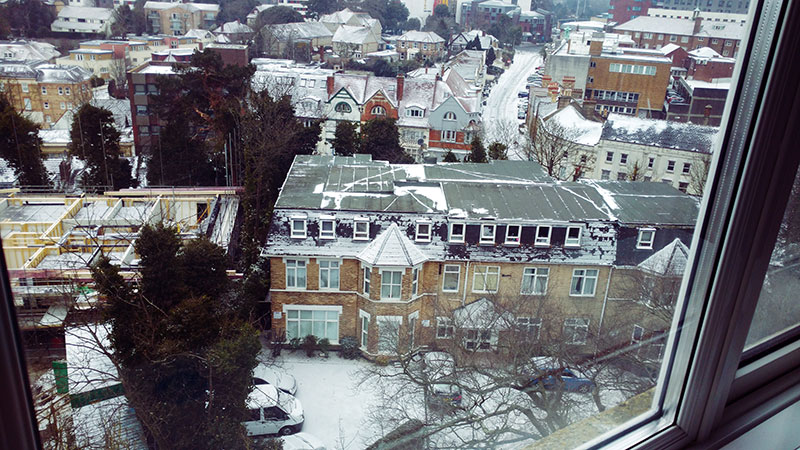 Yes my dear friends, a few inches of snow. I truly have no idea how we survived ;)

Jokes aside, this country does not know how to handle snow. Supermarkets ran out of food. The roads were closed, flights delayed, trains were cancelled. And as always, the government ran around like headless chickens.

In case you’re wondering, yes children stayed home from school. Commuters were met with crazy traffic jams, people were stuck on the highway for literally the whole night because no one knew how to handle a few frozen puddles (I take that back since there wasn’t even ice – just flurries).

All this due to “adverse weather” where the highest level of snow that fell in the country had to be recorded in centimeters instead of feet (in case you’re curious – highest recorded snow fall was in Drumalbin, Scotland – 50 cm/1.64 feet).

What would be considered a joke to any Canadian here wreaked havoc on the entire economy, causing the loss of over a billion dollars every day.

For me, this chain of events was both extremely amusing and deeply disturbing. As a reformed Canadian, I need not explain how I am no stranger to snow. Seeing the level of dysfunctional screeching here in the UK, while not altogether unexpected, was still an eye opener.

We are products of our environments and when outside/unknown variables hit us, humans rarely react with a calm, measured response.

It’s very easy for me to be dismissive and scoff at the locals and their inability to handle a few stray snowflakes, but objectively, I do understand their perspective. On our forum I often run into posts by Zackmars who lives in an arid environment (relative to me). I have never lived somewhere where water was anything but plentiful, and I know the idea of running out of water would freak me out, yet he is so relaxed by his lack of water resources (once again, relative to me). Crazy.

It’s an interesting thing to muse about and stops me from being too judgmental. Humans react predictably in unpredictable & illogical ways when confronted by change.

Cold weather doesn’t phase me. I chilled (literally) in a house with sub-zero temperatures in Canada during a winter storm for a few nights and treated it as a holiday. To be in an environment with no power and sub-zero temperatures would be worrying for a lot of Brits, but I learned to adapt to the weather. If we’re ever without heating in freezing weather again, no matter where in the world we are – we’ll be ready.

For shits and giggles, below are some photographs of a Canadian winter ;) 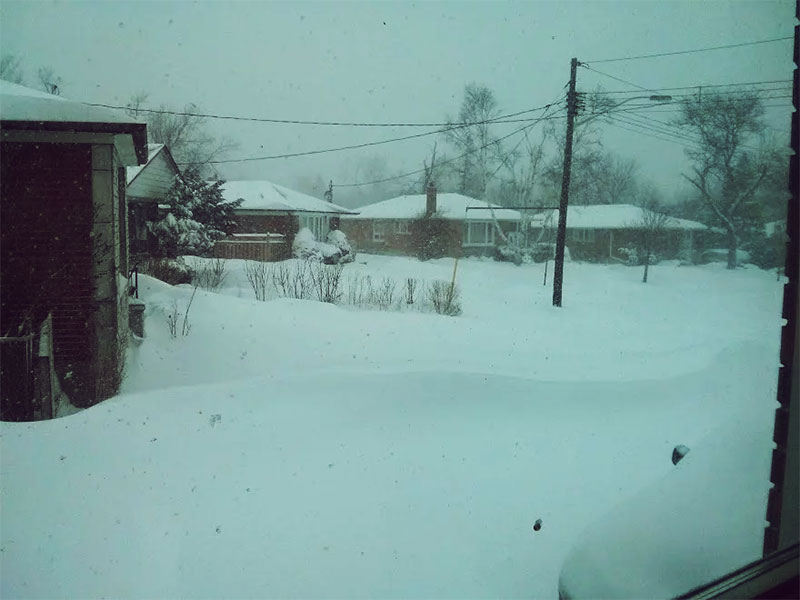 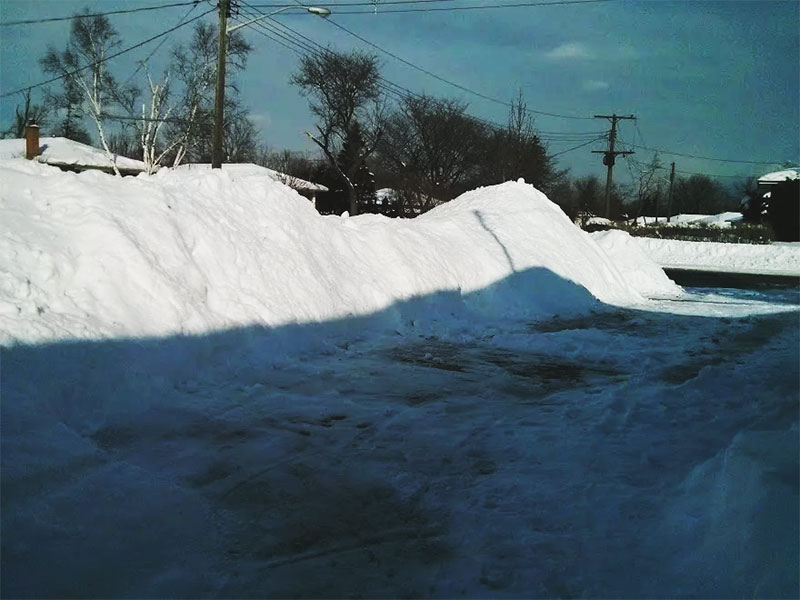 – I do not miss shovelling snow a couple of times a day to keep the driveway clear.

And yet this type of snow would probably be mocked as “nothing” by a Canadian further up north (Quebec, thinking of you!). All relative, which makes it interesting to think about.

Now I’m turning the discussion over to you.

What hurdles does your environment regularly throw at you? How would those around you react to that type of weather versus the opposite adverse weather conditions? How would you personally react? Are you prepared for anything – or just the most likely environmental disaster that could happen in your area?

For you – what would be the most difficult environmental condition to overcome? What do you have no practice in, yet feel like you could fare fairly well with getting through?

Looking forward to reading your comments.