A couple of weeks ago, I woke up to a feeling I hadn’t experienced in over a decade. As a kid I had mild asthma, and to suddenly feel my breathing become constrained – the start of a very mild asthma attack – was a real wake up call for me. I had almost forgotten that I used to have respiratory issues, and whilst my own problems with breathing were sporadic in nature (triggered by environment, mostly) I was still utterly unprepared, and that was pretty disconcerting.

This situation has since been resolved, as the first thing I did after my breathing constrained was hop online to snag up some Ventolin inhalers from my pharmacy. Nonetheless, it got me to thinking about how important it is to make sure as many people as possible know how to deal with the onset of asthma, whether for the sake of helping yourself personally or helping someone who begins to suffer from an asthma attack near you; thus, spurring this article. 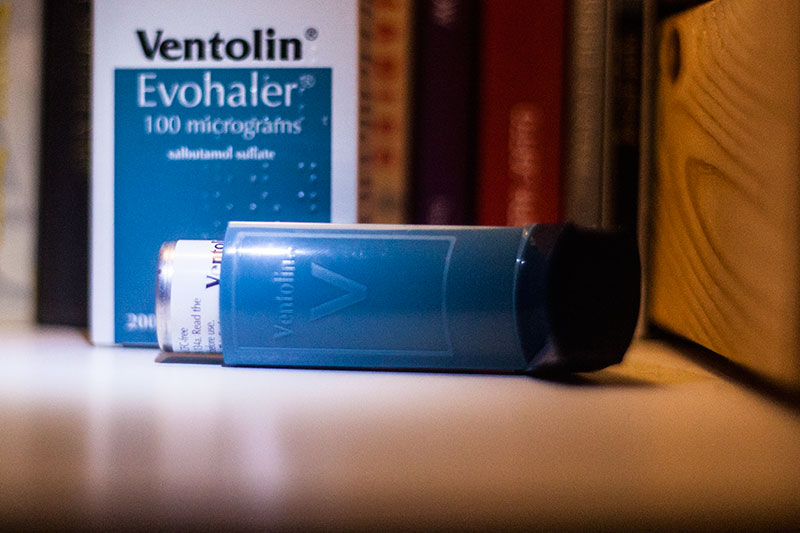 First: What Is Asthma?

Asthma is a chronic condition that impacts 1 in 20 people. Its symptoms can ebb and flow over time, although it is a lifelong condition with no cure. The gist of it is the airways get narrower and blocked with secretions which causes breathlessness and an uncomfortable wheezing sensation. It sucks, and can be triggered for all sorts of reasons.

Asthma attacks are sometimes triggered by allergic reactions from pollen, animals, dust, smoke, pollution and everything in between. It can be very hard to pin down the root of the issue (what the particular trigger of the attack happens to be) as a broad assessment, as it can vary from individual to individual. Personally, I only have a problem as a consequence of excess dust, particularly if said dust contains dust mites.

It is important to be aware of the range of triggers because this asthma is a chronic condition that you can’t isolate yourself from. Even stress and/or intense emotions, or even exercise, can trigger an attack.

Asthma Attack Symptoms: What Attacks Look and Feel Like

Personally, I would describe the sensation as something like breathing through a thorn bush. It’s uncomfortable and itchy – at least for me. If you or someone you know has asthma, let me know how they describe the sensation of the attack, as the particular sensation you get might be a little different from another person with asthma.

Recognizing the symptoms of an asthma attack early is always best, especially with young children, as they may be prone to panic and are often harder to calm down. If you or your kid has a Peak-Flow device at home (highly recommended), you can very quickly gauge how far along and how bad said attack is. With children this is particularly important because they may not be able to differentiate being out of breath due to exercise versus undergoing symptoms of an asthma attack. 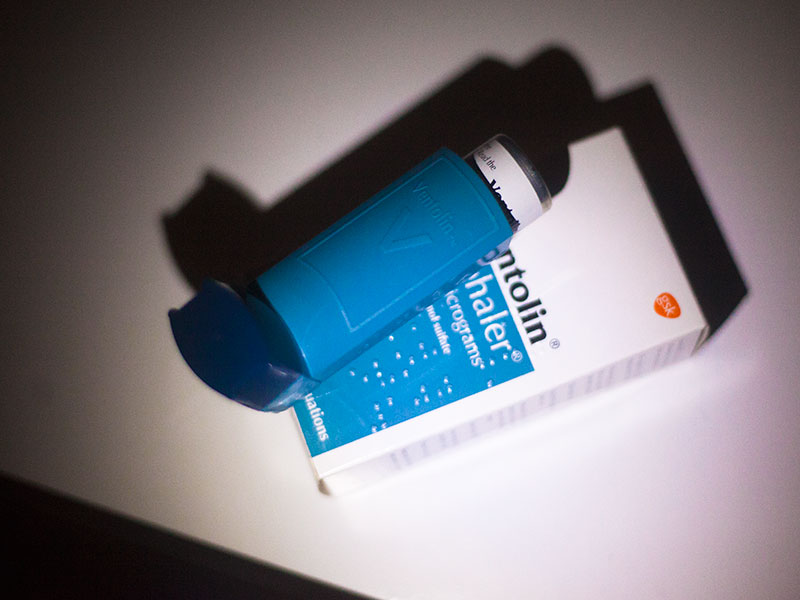 What To Do During an Asthma Attack

The obvious answer is to reach for your inhaler or in the case of you helping someone else who is experiencing an asthma attack, finding theirs and handing it to them. You will want the blue one (Ventolin) and not the preventive inhalers that are usually brown. Two blasts and the attacks will subside quickly. Keep an eye on the situation and re-access every 5 minutes.

Tip: Hold the inhaler/medicine puffs in your lungs for a few seconds when you inhale. It will help with absorption.

If you notice symptoms beginning (strained, labored breathing), I would pre-emptively take 2 blasts from your inhaler just in case. There are no (tangible) side effects, and it’s better to be safe than sorry.

This is not an ideal position to be in, but there are things you can do to help yourself in case you ever have an asthma attack but have no inhaler on you. These include:

What You Shouldn’t Do During an Asthma Attack

There are a few things you should never do during an asthma attack:

When Is It Time To Go To a Hospital?

There are times when an asthma attack may get severe enough for you to get to a hospital pronto, as in these situations, an inhaler may no longer suffice.

The signs/symptoms of a severe asthma attack where you should get to a hospital ASAP include: blue lips, clammy & pale skin, as well as confusion/general personality shift due to a lack of oxygen.

If the victim cannot complete a basic sentence in a single breath – do not hesitate – seek professional help.

When Do I Call an Ambulance?

If it looks like respiratory arrest is incoming – call an ambulance. Asthma attacks can kill and you need to be aware of the signs as they progress.

Luckily, asthma vary rarely progresses to life threatening status without going through all the stages, so if you are reading this then you already know what to look for and how to deal with it.

That said, if you are ever in a situation where the victim undergoing an asthma attack cannot talk, has a weak and racing pulse on top of wheezing and going silent, it means that the airways are unable to let air in and at this point we are talking life or death.

With modern medicine and a more knowledgeable society, it’s unlikely an attack will get to this point in this day and age, but it bares mentioning because it can happen. 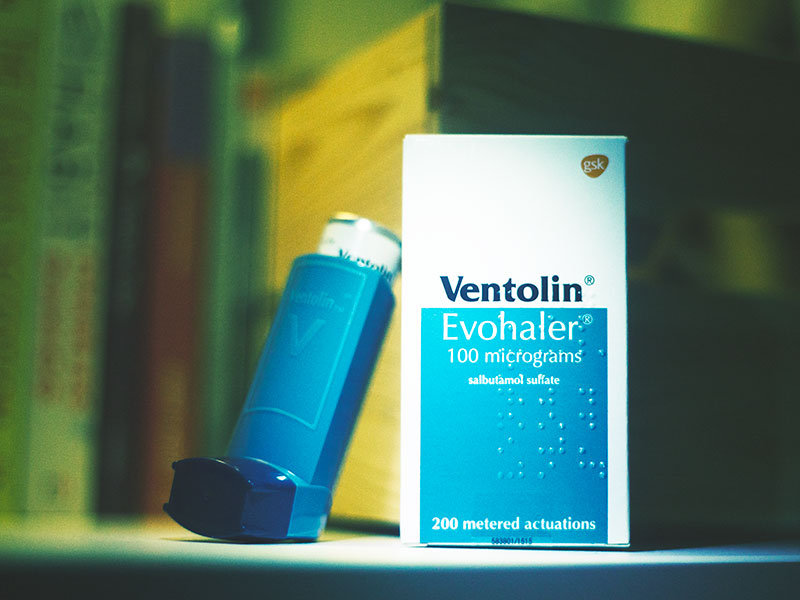 Asthma is a weird chronic condition. I am in decent physical shape and only had real problems with my own asthma as a kid. The lack of consistent symptoms means it becomes quite easy to forget that asthma is a lifelong issue, and you and the people close to you need to remember to be aware of it. I have never had a serious asthma attack in my life. This is as a result of being born and raised in the West with excellent health care and preventative medicine. Nonetheless, it is important to recognize that some things in life are outside our control and even if you haven’t had any symptoms for over a decade, it would be smart to have an inhaler around you at all times, just in case.

I decided to ask my wife to keep an inhaler in her purse, not really for me considering my asthma has never gotten serious to the point where I really needed an inhaler desperately. Rather, I remember the feeling of helplessness I had as a kid whenever I had an asthma attack without one. I know if I see someone at the park or in a grocery store experiencing an asthma attack, and they mention to me or someone else nearby they need an inhaler but forgot theirs at home, I can happily step in to offer my own in case it’s wanted. It’s certainly the kind of thing that’s easy enough to do, why not carry one around at all times, just in case?

When it comes to first aid, there are two things you should have to keep yourself and those around you safe & healthy: knowledge and (to a lesser extent) supplies. To tackle the prior, take a look through our list of the top 22 emergency first aid books and grab those that you think will best help you gain the knowledge you’ll need. For the latter, take a look at our Ultimate First Aid Supplies List to see if there’s anything you should be adding to your at-home first aid supply, or if there’s something you’ve forgotten to add to one of your first aid kits.

Do you know how to tell if a cut is infected, how to treat hypothermia, and how to tell the difference between first, second, and third degree burns? If you’re interested and have some time, quickly browse through the first aid articles & tutorials on this blog to learn more about first aid.