Been a while since we’ve had a reader question up on the blog! I suppose with the new forum, it’s been much easier to throw up a new thread than send an email, which is certainly fine! But do keep in mind we love getting questions by email (our contact info can be found here) and responding to them in posts! So don’t hesitate if you think we’ve missed discussing an important topic on our blog and would like to ask us to get an article about it up!

I have a question that I cannot find an answer for: how to cook outside without having the odor travel and attract people and animals?

Our Response: How You Can Mask Smells & Why This Isn’t Enough

I’ll get straight to the point on this one; you really can’t cook outside without having the odor attract any humans or animals. Unfortunately, you can mask smells, but not all that much.

Thus, while there are ways to minimize the impact your cooking has in terms of attracting undesirables via those delicious smells you’re producing, realistically these are stop gap measures and there will always be a risk of something sniffing out your dinner and coming for a free ride, regardless of what any “expert” may regurgitate on the net.

When discussing wildlife and cooking in the outdoors the general bias tends to be against large predators like bears and mountain lions. I live in Canada and we have plenty of large predators, but the most I have come to see are coyotes. A lot of people depend on anecdotal evidence (my grandpa’ did x and it works, that’s why I never see any bears), which is nonsense because the chances of you running against predators in the wild are relatively slim anyway, unless you are very sloppy when it comes to your outdoor cooking and eating habits. Leaving your food just outside of your tent, for example, is a terrible idea. The only other way you’d have any real visual of a predator is if you’re in the outbacks for very long, extended periods of time. A perfect example would be the survival show “Alone,” in which some of the contestants spotted predatory wild animals almost immediately whilst others, after weeks of being in the heavy bush of B.C., still had only heard them in the distance. At the end of the day I would suggest utilizing common sense precautions (more on this later) and not going into bear territory without a firearm. Luck will only take you so far. 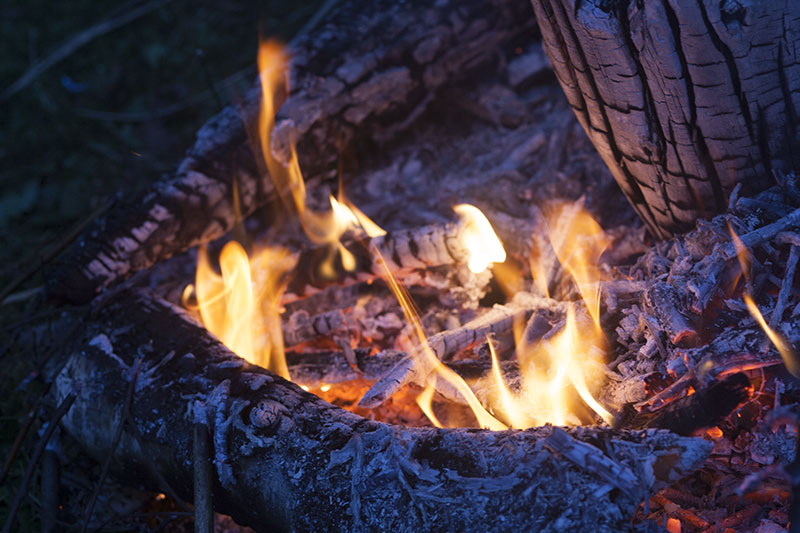 Practical Ways You Can Mask Cooking Smells When Outdoors

Now that that long-winded disclaimer is out of the way, let’s talk about what you can do to mask smells (at least a little bit)!

1. Have a separate cooking camp away from your base

Since you can’t completely mask smells, the best thing you could possibly do for yourself is to make a separate cooking camp a solid 10 minute walk away from your base. Use it for all your culinary needs (that means cooking AND eating) and you will greatly minimize the risk of running into bears and large animals (as well as humans!), even if you do attract them.

Proper storage of food (if you’re going to keep it from one day to another) is of utmost importance. Use a bear hang (i.e. place your food in a container and hang it from a branch high off the ground) to store your food, and again, don’t ever take your food back to your base. You are essentially playing with fire if you think a Ziploc bag will mask your presence from bears or cougars. Bear resistant food canisters are available pretty much everywhere (some commercial campsites provide them for free!) and are pretty much a necessity. But again, these don’t mean animals won’t have already smelled your food – especially if you’ve cooked it just before storing it. These canisters just mean animals won’t have an easy time getting at it if they try to.

3. Get rid of food scraps properly

Always, always, always get rid of scraps properly! I can’t say this enough! Always do this far away from your camp, and remember to wash your cutlery/crockery too! Again, this is common sense stuff, but you would be surprised how many people forget this, assuming wild animals won’t be able to smell the remnants on cutlery just because we humans often can’t. What is the point in having a cooking camp if our going to take your pots back to the base with you? Leave ’em there! If you’re worried about them getting stolen, do your best to hide them in some way or another. But always better to lose ’em than to end up being visited by unwanted animal guests.

4. After cooking, leave food-scented clothes away from camp

Scent lingers. Anyone who has cooked anything in their life knows this already. After cooking, it’s absolutely best to change your clothes and leave the food-scented clothing away from your camp. I cannot stress enough how sensitive wildlife can be to food smells and odours. Do not take the risk.

Common sense implies that cooking very strong smelling foods like bacon (notorious bear bait) will increase the likelihood of a confrontation. If you’re really paranoid, but still want to take something cook-able out with you, you can stick to precooked meals and dehydrated foods; but know that even that isn’t a sure bet. Crackers, bread, hard candy – these types of food will be your best friend if you want to really minimize food odours when outdoors.

6. Always assume that there are predators nearby

Trust nothing. Assume that bears are nearby and plan accordingly. Always have bear spray on you as well, and (ideally) also keep a firearm. It’s just silly to think that hungry creatures will ignore you just because you washed your dishes and cooked 100 meters away from your sleeping bag. They make their own rules. 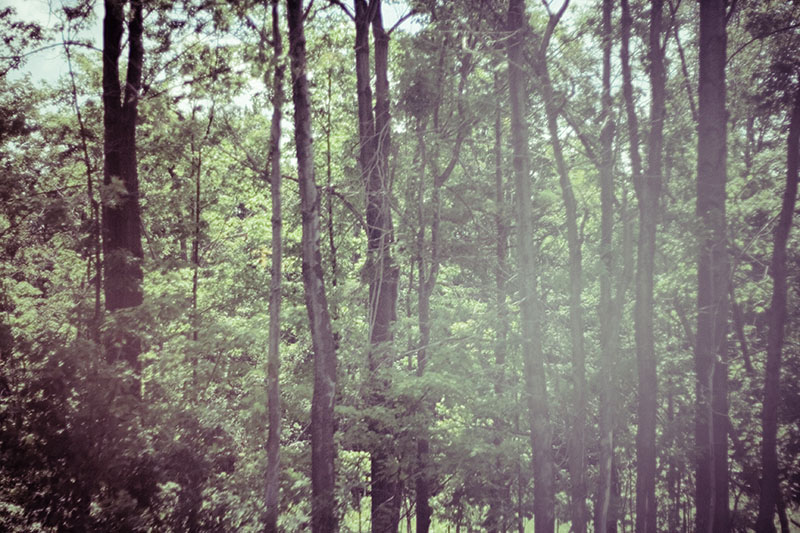 You will notice that so far, I have pretty much only answered in relation to bears and other wild animals. Humans are a completely different kettle of fish, and whilst we are inferior to wild animals in terms of sheer sniffing power, we are usually much more prone to look for signs of human life through use of our sense of sight. Best advice I can give for avoiding humans is to utilize your environment to camouflage yourself (and your belongings) and then walk around on the outskirts of your camp to see if you can spot anything that looks out of the ordinary.

In terms of scents, as I’ve said many times in this article and am sure you well know, humans have a terrible sense of smell (relatively speaking of course!) and so as long as you avoid cooking a curry or having an open fire, then you should be pretty safe with regards to not being tracked by humans via smell – at least after you have cooked. People can certainly smell cooking, and so, same as before, I would suggest using a cooking camp far away from base camp for the smelly stuff, and then aptly masking your trail against humans when returning to your base. Beyond that, however, you have to ask yourself how much effort would be required relative to reward. If you have good reason to be avoiding humans at all cost (S.E.R.E kind of situation) then sticking to dry food like protein bars + masking and camouflaging all evidence of you being out in the wilderness is advisable. And hope for the best – because we all know how much being unlucky can impact us when we’re in the wilderness.

Anything I Left Out?

Let me know if there are any other techniques you can think of to help mask cooking smells outdoors by leaving a comment down below.