My personal EDC habits, especially in terms of how often I swap in and out the things I carry, have changed considerably over the years.

I know there are many who like to change what they take out with them daily, but I’ve never been the type to change what I EDC very much. Thomas is one of those people who likes to change his gear, and at one point actually used up to 5-6 folding knives in a single day just because he could, and obviously because he felt like it. That’s never been me, however. I like what I like, and usually the pool of knives that are my current favourites to use and carry doesn’t grow beyond 5-10 knives in total. That being said, back when Thomas and I were in Canada, I did used to change up gear reasonably regularly – at least in comparison to how often I slot things in and out now. 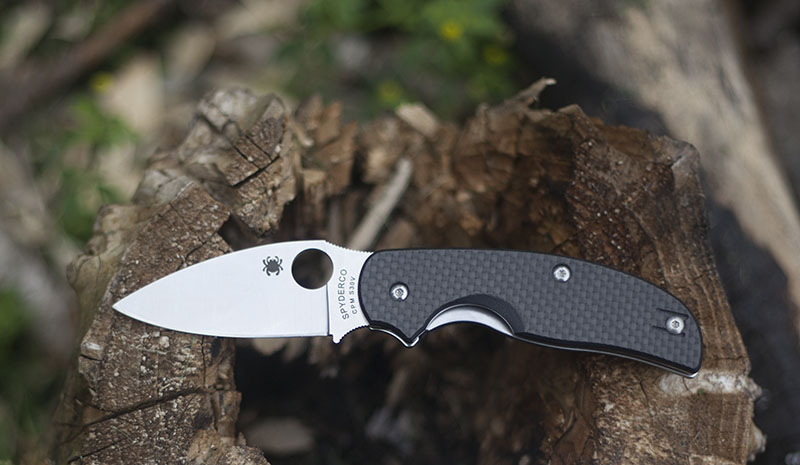 In Canada, I’d regularly find myself with either a Spyderco Sage 1, a CRKT Ripple, or a Kershaw Shuffle in my hand, though there were plenty others – and these knives would usually be thrown into my purse on the way out the door when I was off someplace. At one point, I got sick of sometimes forgetting to bring my knife out and decided to leave a Ripple or a Shuffle in my purse, but I’m a forgetful person and so sometimes even then I’d be left without a knife when I pulled it out to use at home and forgot to put it back in. Annoying as hell.

Messy bag syndrome was also something I lived with back in Canada. My system for EDCs could be boiled down to randomly throwing things I’d find useful into the bottom of my bag, with everything for the most part loose, and I’d nearly never know what was in there until I took things out to photograph a purse dump. Finding the knife in my purse so I could use it at home would often take me 2-3 times longer than hopping over to the knife drawer and pulling one out of there, which is why when I moved to the UK, I essentially forced myself to stick with a very small purse for a while – to prevent myself from slipping into bad cluttered handbag habits.

When I got sick of EDCing light, it was because I wanted to make sure I would be carrying everything I could ever want on me at all times, and not just what I happened to regularly use. I knew I’d have to have a slightly bigger purse, though I forced myself to grab a relatively small one still, and worked toward optimizing the space I had. To make sure I’d keep things tidy, I dedicated a Maxpedition pouch for all survival-related gear + anything else I wouldn’t use all that often. If you’re curious about the result: you can take a peek at some of my old EDCs: what I ended up with in my purse and what I ended up with in the Maxpedition pouch.

I’ve continued to optimize over the past months, optimizing until the point where I found a system that worked perfectly for me. And then I stopped changing my EDC completely, which is why I’ve stopped publishing my everyday carry dumps on this blog.

Obviously, I still switch and carry different knives and tools indoors, but I think I like this system of having an overly optimized EDC for taking out. The fact that it barely changes means I continue to make sure whatever I carry is the best I have, and considering it’s so neat and tidy, it makes life easier in case I ever need to switch purses. Now when I walk out the door, I have peace of mind that I’m not going to be without a knife, and I won’t spend ages trying to find it when I need it ever again. 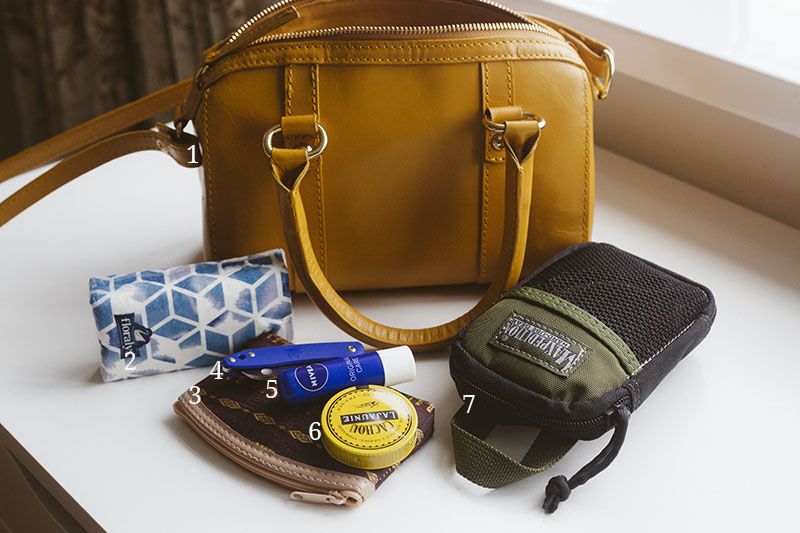 Now it’s your turn. Would love to know what your system is like in terms of EDC rotation –

Would love to hear your thoughts in the comments!