Um yeah. Not sure about the number count on how many of you I duped with yesterday’s April Fools Day joke, but it was, of course, 110% untrue. Thomas and I, we’re not ever going to stop prepping.

As convincing as I may have made my letter sound yesterday, I believed not a word of what I wrote. The way I see it, even if TEOTWAWKI doesn’t come – even if we don’t end up in an emergency situation that risks our lives, devastates the planet, nation, or, hell, even the city we live in, there are still plenty of reasons we will want to continue to prep. Here are 28 I wrote up into an article last year, though as many of you pointed out, there are plenty more than a mere 28.

The main crux of why I have always been a prepper at heart and why I will never give up prepping – peace of mind. Simple as that. 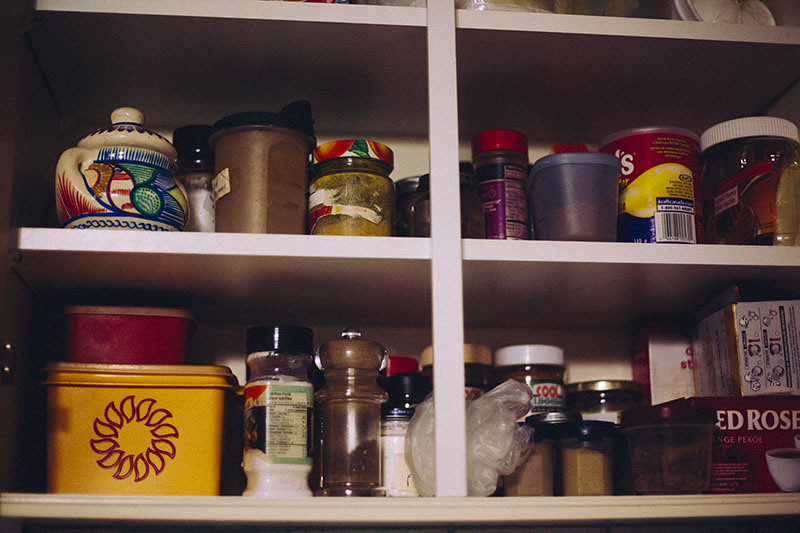 Being completely honest, I know myself and I absolutely know that I would go out of my f*cking mind if I did not prep.

It’s a terrible thing to constantly be worrying about the next week/month/year. I am not at all the kind of person who can live paycheque to paycheque. That kind of life is my idea of a living nightmare.

I would go ballistic if my emergency cash stockpile went below some maybe-a-bit-arbitrary number that I decided it cannot go under without bringing me alarm – and when Thomas says we have enough of a certain thing at home (specific canned goods, sticks of butter, bags of rice, etc.) and we get back home only to find that we only have a small amount of that thing left, I actually get a bit annoyed at myself for not checking the stockpile myself and keeping it as high as I would’ve liked it.

I am not the type of person who can handle life without prepping. Call me OCD (you’d probably be spot on, though I haven’t exactly gone to a professional for a diagnosis), call me a worry-wart, call me whatever the hell you want, but I am not under any circumstance going to trade my peace of mind for anything, let alone a few more hours of entertainment in my day and a little more “fun” in my life. And that’s assuming I actually would be having more fun if I was not a prepper, which I don’t believe is true.

I don’t spend every waking moment prepping. I have my own interests, waste money on things I enjoy, and spend tonnes of time on entertaining myself by doing things like watching TV shows (shout out to that House of Cards finale), things that I’d never “waste” time on if I was the kind of person who prepped without ever stopping and out of absolute fear. I don’t prep out of fear, I prep because it makes sense to do so. I prep, not to survive everything including a zombie apocalypse (actually, I’m not so sure any amount of prepping will really help me out enough to easily get through that), but to make sure in the case that bad things happen, especially the ones most likely to take place, I’ll be a lot better than just “okay.”

Heck, I’d even argue that prepping allows me to have fun. Because if I wasn’t as prepared, I know I’d be wasting more time worrying over what might happen in the next weeks/months/years than it would take me to just prep a little – set away some decent savings, set away a food stockpile, set away some extra gear, first aid, and household supplies, learn a thing or two about bushcraft and security. It’s honestly not all that much trouble, and for the reward of feeling secure, it’s really against logic to me to abstain from prepping.

I’m not going to sit here and argue with those who feel the way I pretended I did about prepping yesterday: those who feel like the government will take care of them in really bad situations and that they’ll make do in rough times; the kind of people who usually shame preppers, trying to make them feel bad because they’re “crazy” for not just enjoying their time and money. I’m not going to argue because they won’t be convinced. Prepping’s not for them – prepping can at times be really hard work, especially in the beginning, and I don’t think people with this kind of attitude would even remotely succeed in sticking out the hard times long enough to reap the rewards you get out of living a prepared lifestyle. 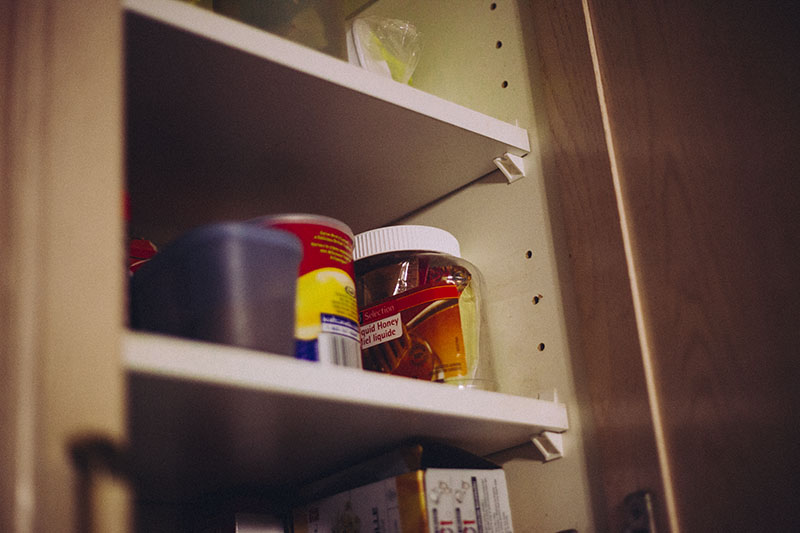 But for Thomas and I, this is the kind of lifestyle we’ll never be able to just drop. Ever. We’ve been slapped by the hand of misfortune one too many times to know that it just takes one time that you’re caught off guard to really be set back in life. Just one time where you weren’t prepared. Didn’t have much funds one month and then the roof leaks? Not being able to afford to fix that leak right away is going to make more problems for you than you started with. Didn’t stockpile enough cash and then your car breaks down? How are you going to get to work to make the money to pay the bills (and buy a new car) now? Literally one bad month and it can set you back into survival mode for months, or even years, rather than you easily absorbing the blows and thriving through a rough patch as you should be able to do quite well with the help of prepping. No thanks. Quite a few times in our own lives already, Thomas and I have seen firsthand that if we weren’t prepared we certainly would’ve been completely screwed (by our standards). Not going to chance it – tempting fate with a lack of any sane preparation. That’s the kind of wishful thinking I’m always going to pass on.

So yup; for those of you who realized from the first few paragraphs that yesterday’s post was an April Fools joke, good on you. And for those of you who nearly unsubscribed – am so sorry, but glad to see you stuck around ’til you read through to the end!! Hopefully this clears things up and solidifies – we’re not just blogging about preparedness, we actually believe in and are living it. And while we may not be the most frugal people, or the most well-taught in terms of the kinds of skills preppers would really benefit to learn, we’re always going to keep trying and pushing ourselves to be better preppers. And even if we end up spending lots of time and money elsewhere, on hobbies and interests completely different from prepping, we’re still going to grow that stockpile of prepper food and gear. We’re still going to keep that emergency stockpile of cash, and work to pad it as much as possible. We’re still going to work hard toward that dream of having a bug out location someplace that’s nicely decked out, and we’re always going to try to push ourselves to continue to grow and learn as much about bushcraft, stockpiling, first aid, security, finance, homesteading, etc. as we possibly can to try to make sure our futures are as secure as possible.

Because while we believe that not everything in your life should be about preparing for the worst, it damn well sure is important to prep for the worst nonetheless. Even if you never end up needing your preps (wouldn’t that be nice?), and the only benefit of prepping you ever end up reaping is the incredible peace of mind it brings.