Considering the average length of a prepper’s list of things to do, buy, and learn is anything but short, whether you’ve just begun prepping or have had years of experience under your belt, it can still at times be quite tricky deciding which points on your never-ending list are best to tackle first. After all, prepping is no easy feat, it’s a lifestyle and not simply one mega-task that you’ll eventually be able to cross out of your day planner for good and call a day. To be truly successful as a prepper, you will have to do quite a bit to get there; but even after attaining success, the struggle to be more prepared is one that will never end. There are always more things you can do, more things you’ll want to do, to make sure you and your family have as secure a future as possible ahead.

Of course, when you’re taking a look at your list, no one’s going to argue that the best plan of action for execution would be to close your eyes, place your finger randomly on the page, and just start with whichever prep your finger happens to land on. Considering how expensive, time consuming, and just plain exhausting some prepper projects can be, it’s much better to have a decision made on which preps you’ll be tackling first, organizing them in a way that’ll benefit you in the long run.

But how should you organize your preps? 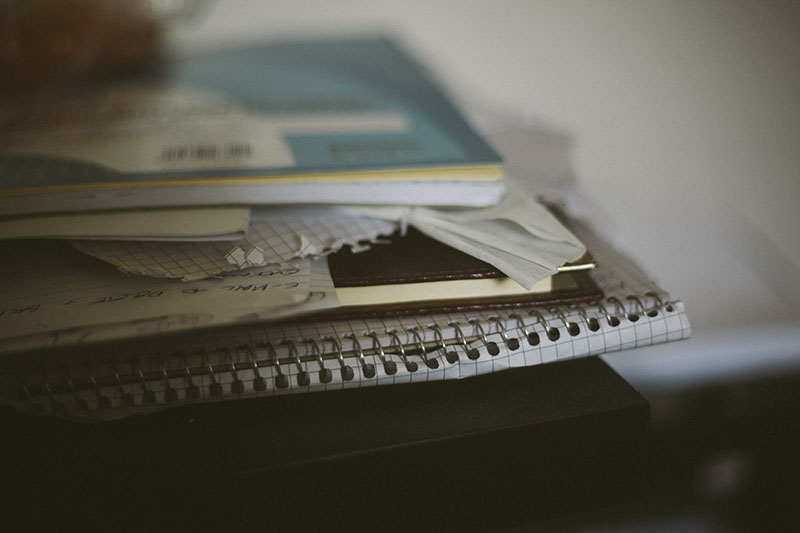 The faster and easier it is to get a prep out of the way, the higher up on the list it should be. If you can complete a prep both quickly and cheaply, why not just knock it back and get it done and out of the way? Getting the easy, quick, and cost efficient preps completed first will give you a boost, leaving you at least a little more prepared with very little time/effort/financial cost to you.

Step #2: Push preps up your list if they’re aimed at helping you in a crisis that’s very likely to take place.

Always, always, always try to prep for situations that are more likely to happen before you start prepping for situations that are unlikely to take place. I spoke about this in my article, “You Can’t Prep to Survive Everything.” No one has unlimited resources, and so when you’re making lists and organizing them into which preps to do first, you need to make sure you prioritize properly. That does mean prepping for situations that are most likely to happen first. Don’t concentrate on the less likely scenarios until you’ve got your basic groundwork laid – or else you’ll sorely regret it if/when that plain Jane emergency situation takes place and you still weren’t ready because you were too busy out digging a bunker in your garden.

Yes, you could get gas masks and train for a complete nuclear apocalypse, or convert a large amount of your cash into silver and gold in order to pad against a massive economic meltdown and what’s essentially TEOTWAWKI, but while those things could happen, you should really be prepared first for the emergency situations that are much more guaranteed to happen.

Are you ready, and I mean really ready, for emergency situations like job loss, natural disasters, health problems, power outages, and other similar, less “exciting” scenarios? If so, then you can move on. But if not – if you can’t tell me that if you lost your job tomorrow and couldn’t find another for a year or two that your family would be okay – scrap the nuclear apocalypse plans for now. You need to get to work on this first.

Prep for the most common, most likely emergency scenarios to take place first; even if they are less exciting than prepping for the nuclear option. 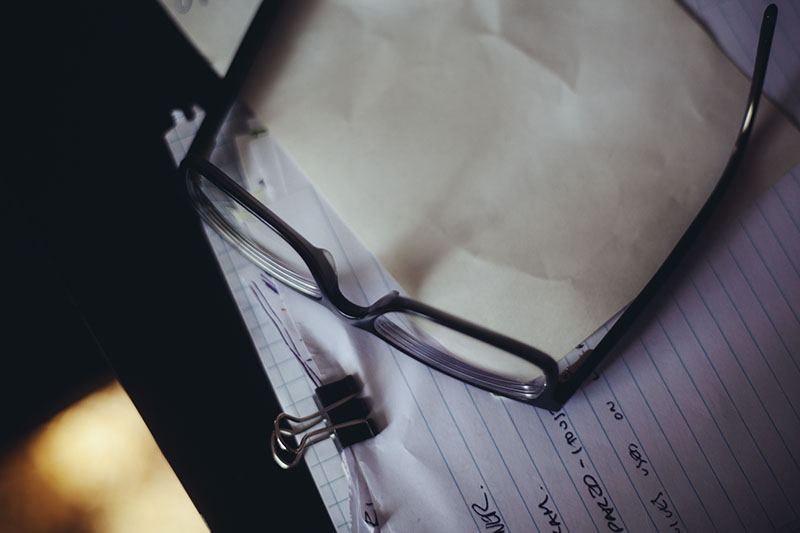 Step #3: Push preps up your list if that one prep is enough to save you in the given emergency situation.

There are some emergency situations that are extremely tricky to prep for because of how much is required to be able to keep you safe if they take place. A nuclear apocalypse is one of these situations. If a nuclear apocalypse happens, a few gas masks are not going to be enough to save you – so push that purchase further down the list considering that fact.

By contrast, if there’s a snowstorm and your car breaks down leaving you stuck in your car for a few hours to a few days, a simple bug out bag containing some blankets, water, and food will likely be enough to keep you safe in an otherwise bleak spot.

Step #4: Push preps down your list if you already have another (1,2,3,4,5…) prep(s) done that could help you in the very same emergency situation.

Redundancy is great. It’s amazing. It’s nothing to scoff at and no prepper, including myself, would ever tell you that you’re crazy to have backup plans for your backup plans. They’re necessary in our line of living.

But if you’ve already got about 18 different fire-making devices on-hand, it’s time to stop and reassess whether you’ll need this 19th method. Realistically speaking, you’ve probably got the prep covered if you have 2-3 different ways to start a fire. More is great, but are you taking valuable time, energy, and money away from other preps that are also important?

If you’re still prepping for a winter power outage emergency, but already have quite a large number of preps that can help you out in case of that winter power outage, push some of those extra prep ideas down your list. Once you’ve got a prep covered on 2-3 fronts, it’s time to move on so that you can make sure you’re good in case some other emergency situations happen. Time to pad that bank account, say, in case of job loss, prep for a basement flood, or secure your house to make break-ins less likely. Take the time and money you would’ve spent on another redundancy plan and spend it on prepping for an emergency situation you haven’t yet prepped for. 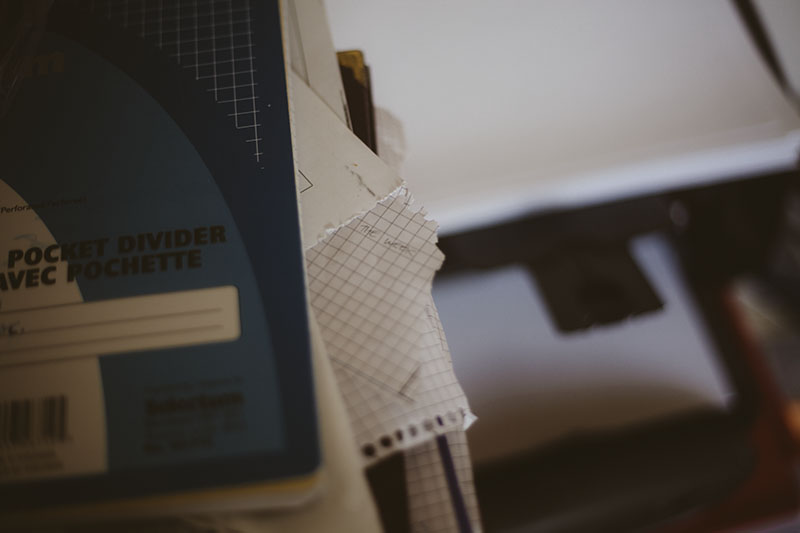 Step #5: Push preps down your list if they cover an event that isn’t particularly serious enough to prep for.

If you’re considering spending a lot of time and energy on prepping for a power outage in the middle of the summer, where you’d probably get along just fine without any prepping at all, maybe reconsider and decide to turn your attention to other, more beneficial preps for more threatening and dangerous emergency scenarios.

It’s a bit boring being without entertainment if you lose power in the summer. It’s also pretty nice to have some lighting so that you still have a well-lit house when the sun sets. But while these preps are great to work on if you’ve got nothing else better to do, we all know there are some other more critical emergency situations that you could take the time to prep for instead.

Step #6: Push preps down your list if they conflict with your current preps.

Now this one is really easy to put into perspective if you take a look at the whole bugging in versus bugging out dichotomy. Honestly, if you’re planning on bugging out, have an off grid location completely decked out with food, clothes, and all the other gear you could want or need, pushing your home security preps for your main home to the top of the list isn’t necessary. Instead, throw those preps further down on your list for now, as they’re not particularly as important to work on currently considering your intention to bug out. Instead, push preps up the list that compliment your current prepper plan to bug out in case of an emergency situation: make sure you have a really great plan for how to get to your bug out location, a few backup plans in case the original plan falls through, and make sure you decide who you’re going to take with you and how you’re going to deal with intruders in case someone’s already at your location when you get there.

You can and should of course work on your main home’s preps – having months worth of food stockpiled, having plenty of water in storage, and increasing home security as was mentioned before – that conflict with your original plan to bug out, but only as a redundancy plan and after you’ve completely finished working on your original prep. No point in starting a prep to bug out that isn’t completely finished before you start working on the redundancy plan to bug in. Get one prep completely done and out of the way before you move on to the next, or else you’ll be left with a slew of incomplete preps and no best option when it comes to an actual emergency situation where you’ll need to make use of those preps. 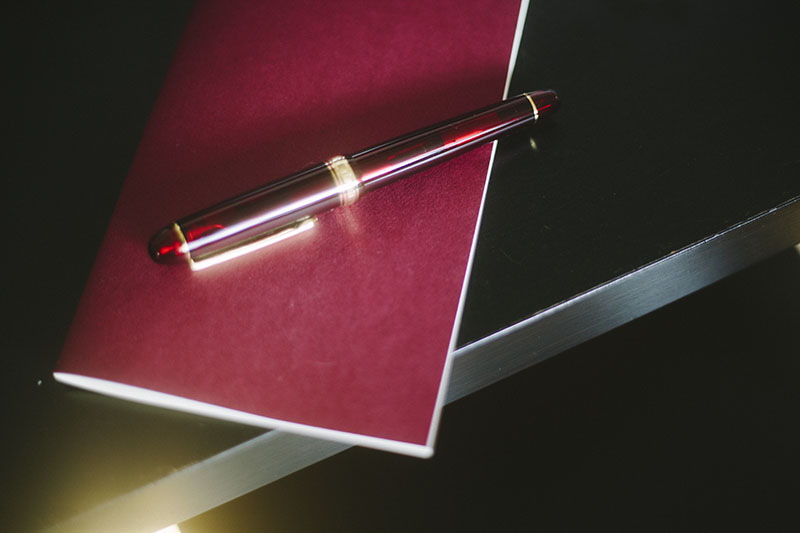 How Do You Organize Your Prepper Lists?

Do you wing it, or do you take the time to organize yourself?

If you do organize your list, do you follow similar methods to the 6 I’ve outlined above, or do you have some unique techniques that I’m missing out on?

Let me know in the comments section!