Prepping is like absolutely everything else in life – you can’t get better at it before you start. Streamlining preps takes practice, dedication, effort, and some amount of financial investment as well.

It’s my firm opinion that you won’t be able to get your hands on the ideal food stockpile for you and your family, for instance, until you’ve made at least a few mistakes first. As much reading and researching and brainstorming you do, when you finally start stockpiling for yourself, you’re very likely to make a few mistakes (getting food you don’t end up liking, not working out a rotation system that works well enough for you, not liking the type of storage bins you’ve used, not knowing how to stockpile water, etc.) before you finally hit what’s absolutely your ideal for stockpiling food.

It takes a lot of time, and again, a bit of a financial hit, to experiment with prepper stuff. It takes time to get to know what you want and what you need, and being able to see the difference is not always the easiest thing to do.

Before you start prepping, you have not only food storage to worry about, but a slew of other survivalist skills that you know will come in handy if you learn them. There’s so much to do, so much to learn, and so much to try that it can be really overwhelming.

In my opinion, this is what discourages most from getting started when they do finally see the light of day when it comes to prepping. That feeling of being overwhelmed, of knowing that there’s so much to do, but not knowing where to start – it makes you freeze and acts as a road block preventing some from taking the plunge to finally get started with being prepared. 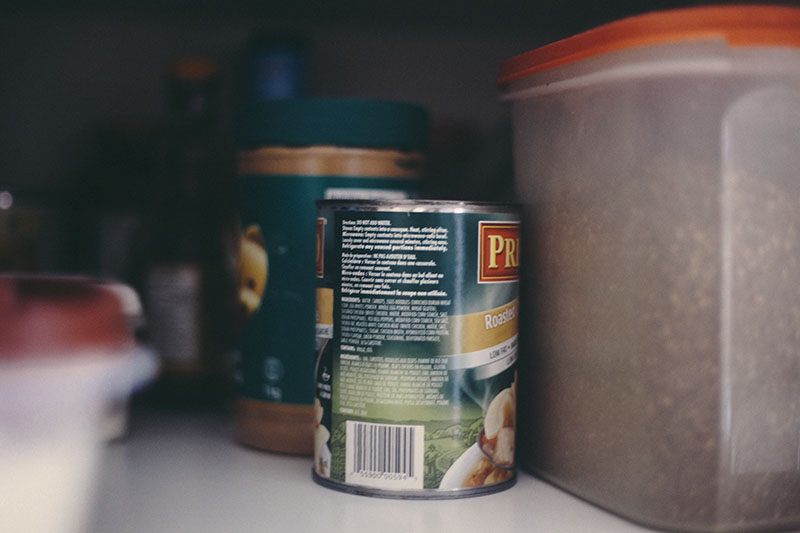 It’s hard. I’m not going to say it’s not hard. Taking that first step when you have no idea where to begin feels like a shot in the dark sometimes. And while you can make prepping somewhat easier in the long run, that first step can be the most difficult to take considering it means delving into something really important, time consuming, and never-ending by definition. You’ll always be a prepper once you take that first step, and you’ll have to continue to try to prep even when you’re finding it especially hard to.

But prepping is like anything else in life – the initial part, when you first begin, that part is going to be the hardest. If you persevere past that hard bit, make it through in one piece – which I’m sure you will – it gets a lot easier. The learning curve for pretty much absolutely anything starts out with a very curt uphill – but once you get through that initial difficulty, while it’s not quite smooth sailing, it does get much easier than that difficult bit at first where you knew nothing at all.

Imagine you had a son or daughter who really wanted to learn how to play the guitar. You buy them one for Christmas and by February, the guitar has still gone untouched. When you go to ask why they haven’t begun trying to play, they say, “It’s too hard, I don’t know anything about playing, so I don’t want to start.” What’s the first bit of advice you’d typically give them? I’m sure that most of you would say something along the lines of, “It will get easier. Just start now and try your best. Before you know it, you’ll be a lot better at playing the guitar.”

Same advice goes out to those of you haven’t begun prepping yet, really want to, but are feeling that it’s going to be really hard and letting that stop them from starting.

Leave the excuses at the door.

Just start. Try your best. Before you know it, you’ll be a lot better at prepping. Promise.